Meet 2 Advertising Students Traveling Across the World for Book Crit

Katie and Shivani are 2 Advertising students from Lincoln starting an incredibly exciting project for University. They have been given the brief to ‘get famous and go viral’. So they decided that they’d travel as far across the world with as little money as possible to try and get as many Book Crit as they can in 7 days with some of the worlds best agencies.

According to D&AD, for young creatives looking to break into advertising, the Book Crit is a pretty big deal. It’s a chance to share fresh creative ideas with the people who spend all day making them, take a peek inside an ad agency and get a taste of the job to come. It’s also probably a great chance at landing a placement, and then (fingers crossed) a job.
As Advertising is such a competitive industry, Katie and Shivani want to stand out from the crowd and show that they are determined to make a name for themselves. This trip would do that for them as it the first time ever a young team in Advertising has done something like this.

Being 2 young girls traveling alone they are very on edge about traveling in foreign countries with as little money so they understand the challenges they may face but want to prove that they are willing to go the extra mile. So here they are traveling the world for a Book Crit when other students are settling for what they can get in the UK.
They feel like a lot of older generations look down on the younger generation and thinking that they get everything handed to on a plate, for this reason, Katie and Shivani want to prove them wrong. 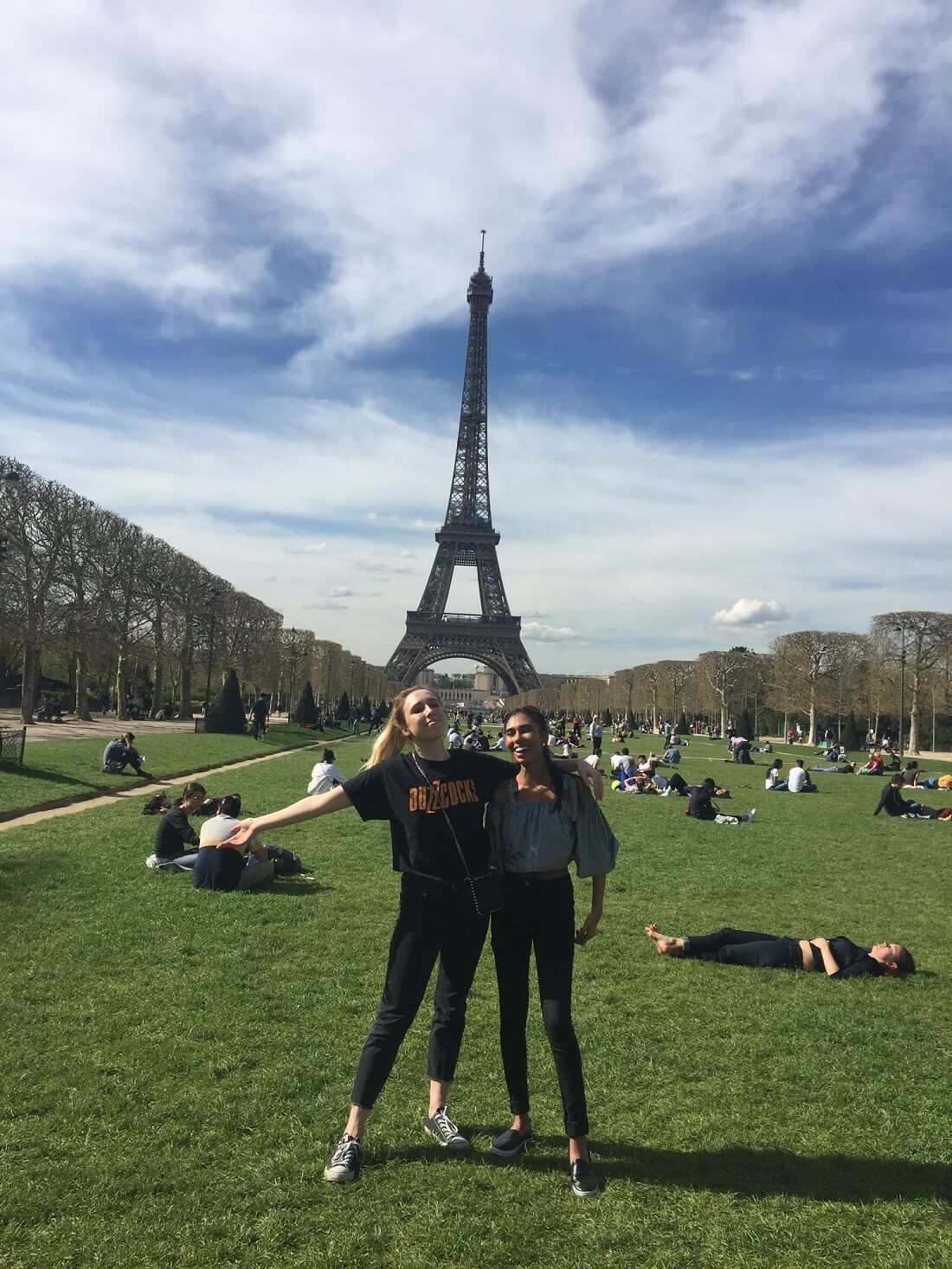 Why did you decide that traveling the world to get book crit is something you want to do?
We were at the stage where every team on our course were emailing people in the industry for book crits in early Jan for the hope they could walk straight into a Placement when they finished uni. We had emailed a few teams that had been recommended to us but it was after a few people in our year had started getting book crit responses from them, and no luck for us, that we realized if we didn’t get some in soon we would fall quickly behind. We thought to ourselves if everyone’s going to London maybe we can try other teams elsewhere. We had also heard that teams who have experience in agencies in other countries are more desirable when they look for placements in London!

Advertising is indeed a competitive industry and this is such a bold move. What happens after you get the book crits?
I think the first thing we may have to do is go home and have a long nap, then we’d like to look through all the feedback we get and start improving our book! Hopefully, this trip would help us get our name out there a bit, so then we’ll be able to get some book crits in London, upon our return, where people may know who we are and the lengths we would go to get our foot through the door.

You both talk about the fact that the older generation looks down on the younger generation. Why do you think they perceive us as the generation that gets everything handed to us on a plate?
I think a lot of it has to do with the media portraying us as the laziest generation. Millennials seem to get a lot of stick especially when it comes to employment and bosses complaining that we don’t like hard work.

Can you share a couple of your favorite work done so far?
*we can send you scanned versions of our favorite work that’s in our book now but as we’re currently traveling we may have to send you the files for better quality when we return next week, sorry!*

Awwww. Okay, tell us about 3 women in the Advertising industry that you are crazy about right now.
We actually really struggled with this question as we haven’t really been exposed to many female creatives in a high position in the industry. We know some junior creatives that are Lincoln alumni but other than that nobody came to mind straight away. After looking at some of the creative work we like, we remembered that (although we don’t know them personally) the iconic Fearless Girl campaign from McCann NY was created by a female team – Lizzie Wilson & Tali Gumbiner. We had the honor of seeing the sculpture first-hand last year and it has had such an impact on the ad world. Both being copywriters, we also really admire Vikki Ross’ work who we had the pleasure of meeting a few weeks back. She also helped us get the word out through her social media account and has also agreed to do a copywriting workshop at our uni!

Share your thoughts on the things you’d like to change in the Advertising industry.
From our answer to the last question, we would love to see women in higher positions in this industry. We saw somewhere that only 12% of creative directors are women which is an astonishingly low number. A lot of controversial work in advertising would have never gone live if there were more minorities in workplaces to oversee it, saving clients from downfalls and pushing for more equality in workplaces.

Branding for Female Entrepreneurs: Why Brittney Fells is Devoted to Helping Women Entrepreneurs
Samanta Tello's 'Silenced Voices of Everyday Sheroes' Is The Work Your Soul Has Been Yearning For
Joke Neyrinck Turned Her Entire House Into Doodle Land
All Your Emotions Will Trickle Out in South Africa's Kornilios Victoria's Illustrations
The Rise & Rise of Scolly Cheruto in Kenya's Film Industry