How Believing in Yourself can Move You Higher | Annette Kariuki

The recent story of Tiger Woods becoming a victor despite being faced with a lot of tribulations challenged me a lot. It reminded me of the power of believing in yourself before people have that belief in you. Surprisingly, not many individuals would have stood out as he did.

Under normal situations when one is faced with a lot, your self-esteem is bound to be lowered and chances of sinking into depression are high. For Woods, it took him quite a lot in order to conquer that golf tournament. This is from injuries he incurred doing golf plus a serial arrest and being linked to extramarital indiscretions with several women.

His recent triumph from being ranked 119th in the rankings to number 12 in the world proved that nothing is impossible. This is after he had undergone four surgeries in which he had lost hope in playing. Most individuals were quick to mock him not knowing it was his latest comeback.

According to the former president of US, Barrack Obama he said, “Tiger has proven to us that his recent comeback and win is a testament of excellence, grit, and determination.”

How many times do we end up in such situations and end up victorious? Personally, I loved the aspect of him dusting off his feet and forging on regardless. Out there, one grapples with all kinds of people from naysayers, betrayers, etc who will bring you down completely. For him he let it whirl away and did the unimaginable in the sport he loved.

The reality of it all is being yourself in whatever you do. I normally say, “It’s better to do something and be corrected, rather than fail to do it at all.”

In our day to day lives, our fate revolves around being a change in everything you do. It is your choice to either purpose to create a job opportunity for an individual or help someone suffering out there. This totally depends on you as an individual.

Situations like those he faced all bound down to our society. It is a society quick to judge, merciless and reckless. Few tend to understand the real core behind the turnaround of certain events. It has become every man for himself, God for us all. Mostly, it is ruled by individualism, selfishness, and greed. Few individuals tend to fight for the `common mwananchi’ who suffers in silence.

If you look at our societies today, we are living in situations whereby it is solely upon you to sort yourself out. If you recall in the olden days, it was up to the community to help the family out especially if it was faced with a certain predicament. Nowadays, the role is unto the parent solely.

Some of the emerging trends in our society today include the weakening of social structures. This includes socially supported views, representations, and stereotypes. These socially supported views maybe mostly sentiments from`faceless’ individuals who mostly have no good intentions towards you or it may be the other way round.

Moreover, there is also a higher exposure to bigger risks. This has been linked to many factors such as the advancement of science and technology plus the failure to develop governments that are capable of protecting individuals from risks.

At some point, there is also weakening of social boundaries within our modern societies. These affected entities are social groups, social spheres, institutions, cultures, disciplines, and types of knowledge and different components of both personal and private life dimensions.

These entities tend to weaken the whole system in general. Take the case of culture. Some forms of culture used previously have been overtaken by events. Such as the African culture whereby children could visit their grandmothers to be told stories. Nowadays, this is not the case especially with the new age of technology.

In other instances, it has led to a huge transformation of the public entities being a center of rot and filth. This is due to the huge selfishness and art of `helping yourself’ before others. This has been heavily related to politics, religion, economy, trade unions, public administration, and science. Hence, a lack of transparency and accountability on matters of public concern.

We are all aware of how cruel the world has become. There has been a lot of moral decay, especially with our modern society. High cases of depression have emerged with a recent study showing that Kenya has been ranked among the 6th depressed state.

Molly Mithika, a psychologist counselor says, “The high cases of depression have been attributed to the girlchild being empowered more and this has led to the boychild taking advantage of this situation. She further argues that most cases are not attributed to low esteem but more than the bigger picture.”

Women have been the key targets with recent cases of women being strangled, stabbed and dumped in places you could have never imagined. The recent case of the late Ivy Wangeci was a shocking one. In a span of some days, more cases have emerged which are extra shocking too. What has the world come to? Many argue.

Personally, I aimed to reach out to an individual out there who feels hopeless in the wake of falling in the mud severally. Just as Woods dusted off his feet and moved on, you too can rise up and face whatever is ahead of you head-on. It might seem easy but just take baby steps in the process.

This might seem like a repeated thing but it never fades. Nobody is perfect. Everybody makes mistakes here and there. What truly matters is what you will do in the long run after making those mistakes. Will you just sit there and wallow in sadness or wake up and be the change within you? This is truly up to you to decide. 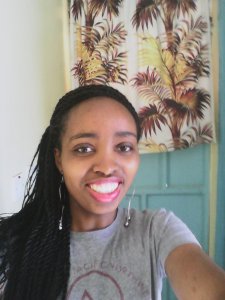 Annette Wangechi Kariuki is a student and online writer, studying Mass Communication at Jomo Kenyatta University of Agriculture and Technology.

How to Get Hired Fast? 10 Steps for Building your CV Effectively!
7 Tips to Create Authentic Video Content for Your Business
How You can Turn Your Creativity into a Craft Business
Tips for Finding the Perfect Consultant for Your Business
Should I Accept Cryptocurrency for Payment in my Creative Business?