Culture of Silence: Destroying the Passage of Gender Based Violence | Adeyele Adeniran

The calendar shouts 2019 in blood red font emphasizing the state of absolute shame the world should be moaning about not ignoring. The early years of the 21st century allowed rapists, abusers and misogynists to parade held high and shoulder raised, however, times have changed.

Just the year before, the #MeToo movement began as a response to the rate of sexual harassment and assault women face in workplaces, homes, supermarkets, schools and so on. Last year also saw the incarceration of Bill Cosby, a legend to most of us who grew up watching his shows but who is now redefined as a serial rapist and abuser of women.

It comes to mind that why are women mostly victims of abuse?
Why are women lucrative businesses?

Related – A Story of Violence, Told in 16 Objects: UNFPA’s Campaign Against Gender-based Violence

All around the world, women are trafficked as sex slaves, girl brides etc and this inhumanity disguised as trade is ran by powerful men and some women in the world, it is also supported by ignorant or illiterate family members of said victims.
Reports of women trafficking and child marriages are often swept under the rug because a detailed investigation into this situation can ruin several movers and shakers.

Silence is a ruling force in the world government, silence deafens justice and suppresses the victim.

Majority women who have suffered from or encountered rape are ashamed while the rapist prowls in freedom, people do not understand that a rapist is just as worse as a serial killer imagine taking someone’s body and consent away from them.

Rape is constantly and popularly seen as the fault of the victim, questions like “What were you wearing?” “Were you alone?” “Did you seduce them?” are constantly asked. It doesn’t come to anyone to ask the rapist “why did you do this?”. So many women go on believing it’s their fault they were violated because your questions already judge them before your sympathy.

In this age of social media and digital media, we see more campaign and protest propagating justice for women this has allowed men like Robert Kelly to not go scot-free and live under the farce image of legends.

The subject of power being synced with maleness has allowed for increased oppression of women and children all around the world. Weakness has been subjected to the countering gender which has not excluded children. In countries like Iraq, Syria, Somalia, Saudi Arabia etc where women and children are given lesser representation and suppressed human rights, the question of if Feminism is important is extremely irrelevant. 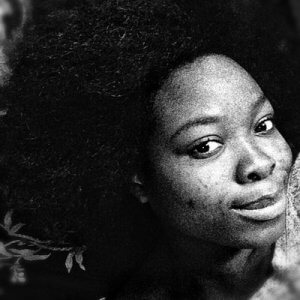