Dear Woman: A Letter on Sex, Religion and Identity by Sloane Angelou

[a brief public letter to all women; to whom it may concern; on sex, religion and identity]

On the subject of sex:

If you need to have sex, try and have it. If you do not want to, then do not. You should learn to stop seeking for permission from those who cannot grant it. People pretend to care because you let them but nobody cares really, except your preachers and they too are having sex or not, we could careless. Your body is yours. Be responsible, of course. But, you must stop asking us for permission to use something that does not belong to us. We are too busy living our own lives, minding other people’s businesses.

On the subject of religion:

Freewill is the greatest gift given to you from that which you seek to validate so desperately through religion. Religion was created for you, not the other way around; by this I mean, use religion for your good instead of letting religion use you for it’s good. Like alot of other institutions, it is simply social order persevering and maybe that is necessary. However, do not let it teach you that your freedom needs to be bought, while that of the other party seem to have already been negotiated. You have already been paid for; no further selling or buying is necessary. Religion exists to serve social order, it teaches you to prioritize external validation; but you must ask yourself who you are; if you are not “social order” then ask, for what reason are you persevering?. What you should learn from religion instead, is to prioritize internal validation, but first you must unlearn the idea of belonging to others instead of yourself first.

On the subject of identity:

On this subject I have to quote an admirable friend of mine who has since passed on, you may have heard of her – Simone de Beauvoir, she wrote in her book – The Second Sex (1949) – “one is not born, but rather becomes, a woman”. How strange indeed. If you think of yourself as a woman, then you are. If you do not, then you are not. If you are neither here nor there on that decision, then, you are neither here nor there on that decision; it is rather simple. At least I like to think so. Your identity really has less to do with how you are born and more to do with who and what you decide to become. Personally, we are neither here nor there we are simply becoming a lot of things or maybe a single thing all at once. Who knows.

My concluding message to you on identity is this; you are a human being, whatever else you evolve into on that basis is completely up to you.

And so, when you think of redefining or challenging what exists today as status quo, when you become convicted to break social order; dear woman please remember that it’s a battle worth winning; a challenge worth encountering and a life worth living.

As for me, my audacity to write you this letter can best be described through a quote I learned from another friend of mine who has long passed on – Maya Angelou, she gave me a statement from the ancient Roman playwright Terence – “I am a human being. Nothing human can be alien to me “. 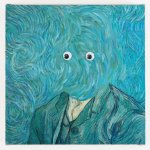 Sloane Angelou is a storyteller & writer of West African origin; passionate about learning of human existence by interrogating human experiences. They exist in liminal spaces.’

6 Things You Should Do Everyday To Become Smarter
How To Not Steal A Creative's Work: Our Deep Guide For Not Stealing Another Person's Work
Making Your Office More Creative
How Creative Women Enhance their Career Prospects
Learn how to Manage Your Money Without an Accountant