On Depression, Mental Health and the Society | Annette Kariuki

What is ailing our current generation especially the youth?

Since we began this year, a lot has been happening around us. Young women have been murdered, hacked, strangled and done the worst. These killings have spun from mostly the university students to high school students etc.

What could be wrong? We sought help from experts and this is what they had to say.

“It all stems from an individual especially his or her self-esteem,” says an anonymous counselor.

The counselor further said that low self-esteem surmounts to an individual having a personal conflict within himself or herself. It may be a personal issue he or she underwent or a family issue which could have been handled earlier.

Another aspect could be upbringing. Mostly, a child may be brought up in such a way that NO does not exist in their minds. He or she might have been pampered and made to feel that they are always meant to be told yes at all times. Thus, when a child grows older and engages in a relationship, it may prove difficult to handle tough situations and prompt the individual to do horrible things like battering their girlfriend. This may also foster him or her to act without empathy.

Studies show that youth are the most affected. They tend to suffer internally due to either personal issues or childhood. Thus, ending up depressed and contemplating suicide.

I feel there is a need for mentorship especially for our youths in this time and age that depression is sinking at a very early age. A lot of individuals are suffering inside and failing to open up. According to Molly Mithika who is a psychologist counselor she says, “Depression is a mental condition that people fail to discover and it kills unknowingly.’’

It is very sad to hear a young innocent soul being hacked to death. We need to sensitize our youth on relationships and show them the right direction. It is high time they knew that one has the right to walk out into a relationship whereby he or she is undergoing abuse of any kind.  I feel both entities should give each other time to figure out what is right for their relationship. Relationships have turned out to be a `come at your own risk’ affair and later on becoming bloody in the long run.

Our future is at stake if our current society is not molded well. This stems down from our children especially in terms of parenthood. Let us train our children to be good examples in our society.

I believe that failure is a two-way traffic. First from the parent who fails to guide his or her child properly and is ignorant. Then towards the child for either being ignorant or not imbibing good values. As parents, let us give priority to our children.

For the young people out there, make wise decisions. Seek help from your elders and especially God for guidance. Some things like relationships require much thought and one should not be hasty. The book of Ecclesiastes says, “To everything, there is a season and a time to every purpose under the heaven.’’ 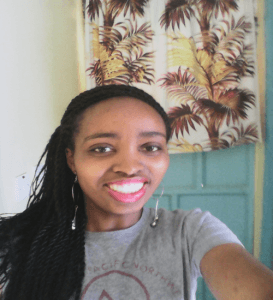 Annette Wangechi Kariuki is a student and online writer, studying Mass Communication at Jomo Kenyatta University of Agriculture and Technology.

First Steps as a Creative Entrepreneur: How to Lower Initial Business Costs
How to Share Your Skills With Interested People on The Internet
Announcing our 2022 Class of Mentees
Step by Step Guide to Discovering Your True Passion
Awesome Ways to Express Gratitude to Your Hard Working Employees