Interview with Frances Yllana, President of AIGA Dallas Ft Worth

Frances Yllana is the Creative Director at Imaginuity Interactive and the President of AIGA DFW. She is a creative designer, writer, teacher and leader. Frances has worked for some of Dallas’s most reputable design and advertising firms on projects ranging from branding, B2B, AR’s, publication design, illustration, copywriting, advertising, interactive, video and social media. Her work has been recognized in some of the industry’s most noted print publications.

For Creative Girls: Can you give us all the juicy details about your background?
Frances Yllana: Ha. Well, that’s a long story that I’ll try to tell in short. I’ve been drawing and writing since I was very little. I was the kid everyone asked to illustrate their projects, if there was the allowance to get someone else to help you with yours. I was on the yearbook, back when we had to scope typesetting and draw on photo negatives with red wax pencils and send those to the printer … very old school without computer programs. By the time I was in high school, I was an editor on the newspaper and president of the art club – and my high school boyfriend’s mom noticed how the combination would be perfect for being a designer. So, then I pursued “communication design” at the University of North Texas in Denton, TX, just north of Dallas, full scholarship. My publication design professor was an adjunct, and assumed the role of my very first design mentor. Right after I graduated, he was promoted to Creative Director at the firm he was at, and I was his first hire. I learned everything I could from him for the first 6 years of my career. In those years, I made it into almost all of the major award shows, accomplished all but one major career goal (in regards to published recognition), and when he left, I was promoted to take his place as Creative Director. So 3 years before I turned 30, I was one of the few notable female CD’s in the Dallas community. Since then, I’ve been actively learning how to be and not to be a leader and example. Not only on the teams I’ve been asked to lead at the agencies since, but on the area’s students and on the communities. It’s been a constant evolution. 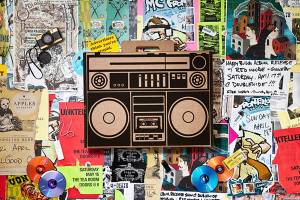 FCG: Is there any experience that has impacted your career beyond your imagination?
FY: When my parents passed, two years apart, and the lessons I learned during the first 3 years after they died. When they first passed, I stayed “strong”. I was still a badass. I worked hard. I still won awards. Everyone I knew said, “you’re so strong.” I was a model for a badass woman who could take anything on. But I didn’t ask for help. And it weighed on me. But I started teaching. And volunteering. And realized that there were others fighting bigger problems and issues. That we’re all part of this vulnerable human machine. I was able to equate my skill in winning awards : essentially the problem-solving aspect of design – I could use to impact the community I lived in. I realized my imagination was something I could use to make the world better. Not just make pretty pictures.

FCG: What has been your most exciting project so far?
FY: I was recently asked to be part of the Get Out The Vote campaign for AIGA. Thinking of how to get people out to vote, regardless of the design aspect, is the most exciting thing thus far. Being part of a team of people across different area codes, discussing this big issue of civic duty – brainstorming … it’s so exciting.

FCG: What’s your process/routine for creating? Give us a little snippet of a day in your life as a creative woman.
FY: Well, as a creative director at work, my routine is more assigning projects and making sure all the creatives have the information and inspiration they need to be successful, so that’s cool but not too exciting. There’s a lot of briefs and requirements and making sure things are done on time and on budget. BUT – when it comes to being creative … let’s say, if I have a project that’s all mine to finish. The process is reading the creative brief. Highlighting the major points, and then looking at what the deliverables are. I spend about 30 minutes to an hour brainstorming by myself and sketching/writing a minimum of 5-6 concepts, and then honing those down to about 3 to present or mock up with drawings or computer comps, and then I present them to the internal team and honing the message/design. Since I’ve been doing it for a while, it doesn’t usually require too many refinements. If I’m in the pitch stage, I go over the notes again, and craft my presentation based on the key messaging. Then, it’s another hour of preparation for the presentation. How to set it up. How to answer any questions the client might come up with. How to sell it. None of this is one day, but, those are generally the ingredients of the creative parts of my days. The rest is just monitoring/managing the executions of what sells, and making sure it’s the most efficient/productive. 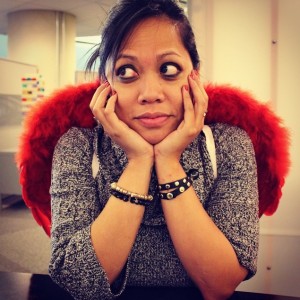 FCG: So, how would you define creativity?
FY: Creativity is the combination of using imagination, ideation, intellect, insight and execution to make great ideas happen.

FCG: Tell us about Imaginuity and what your role as Creative Director entails.
FY: I serve up. I make sure my art directors have everything they need to be successful in creating great work.

FCG: Now. Tell us everything about being President of AIGA Dallas Ft. Worth.
FY: I try to serve up too. I make sure the board of directors has everything they need to be successful in creating great programming for our community, and then cheerleading their efforts to the national community of leaders.

FCG: As a woman in design/the creative industry, what are the things you want to see changing in the next couple of years?
FY: We need to diminish every double standard held by both men and women. To acknowledge that things aren’t fair, nor will they be in the next decade. To understand there are systemic issues at play, and just making it equal doesn’t make it equitable. To admit it’s not just an issue that is caused by men, but by how women treat and engage each other. And to acknowledge the differences that women in the creative industry have in comparison to women outside of the creative industry. We’re a different animal, so our struggle is different as well. 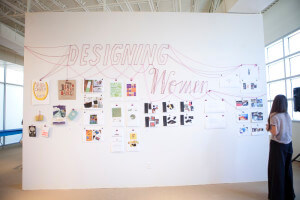 FCG: Is there any new project you are working on right now?
FY: Personally, my Dallas Type project. It’s a 26-week interview and illustration series that hopes to identify a common element between creatives in Dallas.

FCG: What book or piece is a must-read for creative women?
FY: Anthem by Ayn Rand.