Jasmine Stewart won the MasterChef Junior trophy as well as a $100,000 grand prize as she was crowned the new MasterChef Junior champion last Thursday night on the Fox network in a two-hour-long finale.
Jasmine, who is a 12-year-old student and sixth-grader at the Ron Clark Academy in Atlanta went in with high hopes. MasterChef Junior, the hugely popular youth cooking competition show, now in its fifth season, is hosted by Gordon Ramsay, British star chef of “Hell’s Kitchen” and Christina Tosi, renowned pastry chef. 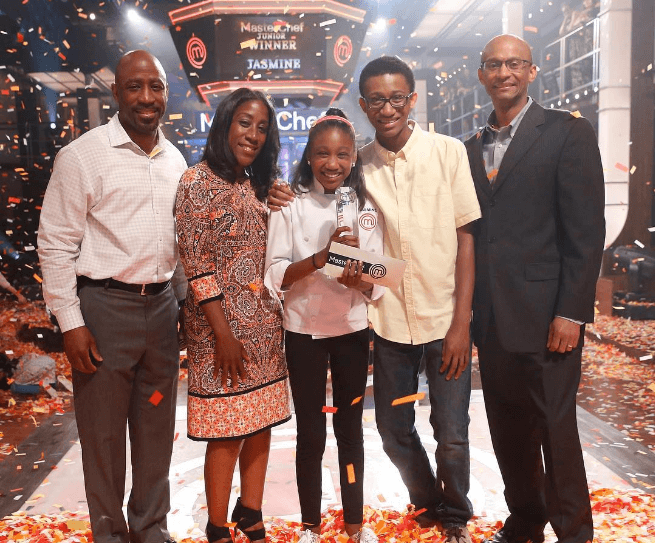 In an interview with Closer Weekly, Jasmine Stewart described her experience on TV, cooking and seeing Michelle Obama in the most exciting way imaginable – “For me, it was an amazing experience I’ll never forget. I loved watching myself, and the other kids, on the show and am so thankful for the opportunity. It always cracked me up when I would say certain things or make faces that are so natural to me while I was filming, but were super funny when watching.
My family and friends were just as excited as I was [to watch me on TV] and so supportive. Like me, they never really thought about having someone they knew on a show, but it has been so great to have people to share the excitement, intensity, and laughter with.”

12-year-old Jasmine, who said she draws inspiration from her parents, stuck to her Jamaican roots and stunned four judges.

Images and Quote got via Closer Weekly and I Am A Jamaican.