Stuck in Reverse? How to Stop Looking Back at Past Mistakes

A friend told a story of when she in Primary school, that she used to get so hung up on her writing tests and the mistakes she made each time she had one. So, she’d be writing, make a mistake in her work and then proceed to grab the eraser to erase these mistakes. She’d then get fixated on making sure there was no trace of the old, and try erasing to the point where she ruined the larger part of her work which then leads to her getting frustrated & mopey. So, she’d call the big guns (bigger eraser) and try to get her work to look perfect. Of course, you know how that’ll end up – in bigger ruins, the way we do with past mistakes.

A lot of us are like that, we make a mistake and get fixated on correcting that mistake and then end up losing ourselves in the process of correction. When our friends tell us about their mistakes and how they are finding it hard to move on from that mistake, we tell them mistakes are normal and they should forget about the past and look forward into the future. We tell them all the right things that we find difficult, almost impossible to practice in our lives.

In 2013, my friend ( say her name is Mary) got a really great job that she had been wishing for. She had read about jobs like that, jobs that gave her room to express her creative/writing prowess, but she hadn’t figured that she could really one. At this job, she was everything she wanted to be – a professional, a creative, it was beautiful. Then one year into the job, she made a new friend at work who ended up being her downfall. This friendship led her into a downward spiral of insecurity, gaslighting and depression. Eventually, she had to leave her job and she’s been dealing with the effect of this friendship, stuck in how she wishes she could reverse making that friendship which ushered in a period of terror for her.

It can be crazily difficult to get out of a jam that you are stuck in, the past is refusing to leave you be and let you move on. You keep recreating scenes upon scenes of how you should have handled an impending disaster or challenge. An experience has become episodes of a new show, that you are trying so hard to find an excuse not to watch, but somehow find difficult to tear yourself away from watching. So, you have repeat broadcasts of past arguments, pitfalls and danger signs in form of humans.
I remember hearing the story of a man who lives in so much regret because there was a time in his life he had so much money, he used to leave money in the trunk of his car, just because. He stopped making that much money because of the unforeseen changes in the economy and then realized that he could have invested his money in better ways than he did. He is now stuck in that past experience and how he feels that he squandered money and opportunity, replaying the motions over and over. 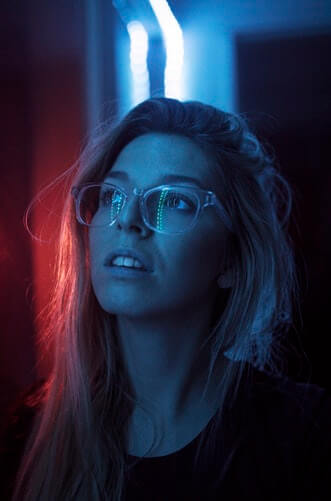 Frankly, it can be really tough to get over the past and move on, not just because you feel you could have prevented a mistake from happening or you could have handled a life-changing situation better. The truth is that if you relive something over and over, it becomes familiar and we all feel comfortable in the familiar. It’s hard to get out of the familiar. So, a lot of times what we need to deal with is the familiar pattern that we’ve become used to. The familiar pattern of reliving the past, of blame and shame, of guilt and self-pity or self-loathing.

You should check this out – Dealing With Anxiety About Yourself? Read Nicole Asinugo & Mab Graves Thoughts

So, how do you get unstuck?

When you mistakenly find yourself in quicksand, your first instinct is to dig your way out. But, you’ll find out that the more you dig, the more you sink into it, it’s reminiscent of a rabbit hole. This same concept applies to the past, the first thing to do is to stop trying to reapply yourself to past situations and scenarios. If you continue to do so, you’ll keep boring yourself deeper into the past and you’ll keep going back to the same dark places. You should realize that you are reapplying your present, self-aware, knowledgeable mind to things that are behind.
To stop digging you need to become aware of your thoughts and have a presence of mind, so that when those thoughts come in you replace them with ‘moving forward’ thoughts, as opposed to ‘I could have/I should have’ thoughts.

Ease yourself out of it.

You have to be deliberate to bring yourself out of every bad place. To be deliberate means to be slow, steady and steadfast about it. So don’t get frustrated with yourself or angry when you have a bad day or a difficult hour. Read fresh, new things. Make new friends that uphold the values you are trying to instill. Go for gatherings that have people doing the kind of work you want to do. Seek out new adventures.
One day at a time. One step at a time.

Art therapy your way out.

If you are an artist/creative, you should get your supply out and create your way out of it. I remember reading that Mari Andrew started illustrating and making doodles about emotional things after she went through a tough emotional season. Her art has led her to new friends, new thoughts, and new paths. We have a Tee shirt called Art is Therapy that we adore so much because we think it is true.
New things and new seasons have come out of mistakes, betrayals, and embarrassing experiences.

Hold on to friends who call you out when you are going back in reverse and friends who are true and love you. Let your family and loved ones in. Your support system is incredibly important. So, create one if you don’t have and make sure you are accountable to one another.

How Happiness Affects Your Work & Creativity: Meet Samantha Clarke, Founder of Growth & Happiness Sc...
8 Benefits of Reading! | Doaa Gamal
This Is What to Write When You Have No Idea What to Write | Gabriella Opara
How to Be a Strong Independent Woman
Why Smart Women Invest in Quality IT Support for their Business