The Patriarchy from Women | Sympathy Sibanda

I have often wondered why so much abuse that is embedded in society finds roots in women as perpetrators against fellow women!

In a group of church ladies, I asked why we never felt confident voting for women as leaders and responses I got ranged from:” Female bosses are tough…female bosses are too strict and they want to always impose their power..” Among a myriad of many negative responses. Say this is true to female bosses, ain’t it true also of male ones? Ain’t we painting everyone with the same brush across the gender divide? Women need each other in their corner and what way to do it than to make sure we always vote for each other?

Several times in the social media I have witnessed with shame, a host of women physically pawing at each other because of infidelities. Sometimes the man in question won’t even be around. The two women degrade each other, strip each other of their dignity while the man who is their source of problems walks unscathed. When are we going to learn that we are not each other’s enemies? Dig deep into the source, not just the results.

Sometimes women in culture are more abusive than the patriarchy that sets the rules. Child marriages for example. Who are the people there to lead small girls to be subservient to the older husband? Who are at the courts ululating when the young bride comes? Who practices the evilness of infibulation? Under marriages who are at the core of abusing other women when there are issues? Sadly, women rule over women with an iron rod more than the same men they wish to teach gender equity.

Isn’t it time we look within ourselves and actions to see who is the cause of retrogression?
This women’s month let us pursue intentional actions of gender equality from the micro spaces upwards to the macro ones.

If you choose to support your son more than your daughter’s dreams…you are as evil as nations that appropriate the least budgets to the Ministry of women empowerment!

It’s all an issue of being intentional as we go forward.

Till next time, happy women’s day! 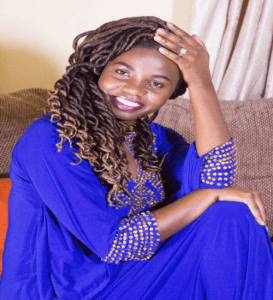 Sympathy Sibanda -Mazuruse is Zimbabwean based writer, businesswoman, and humanitarian. She enjoys mentoring other women to achieve their greatest potential. A published author and presenter, she enjoys communication work and advocacy for sex workers’ access to economic, social and mental health alternatives.