These Amnesty Ads Will Make You Rise Up For Justice & Human Rights!

With the tagline “You can switch it off. They can’t”, Amnesty International rouse and wake up the nonchalant on the plight of the average person experiencing war in her home country. Juxtaposing the TV metaphor for a call to standing up for human rights, the organization put out a clarion call telling everyone to stand up for the good of their fellow human being!
The “You can switch it off. They can’t” Ad is a lesson in how we can become numb to the experiences and pain of other people simply because we are not in their shoes and have become unconcerned with things that do not directly affect us. Over the years, human rights have moved from the fringes to center stage in world affairs and the Amnesty organization uses this campaign to drive home that point. 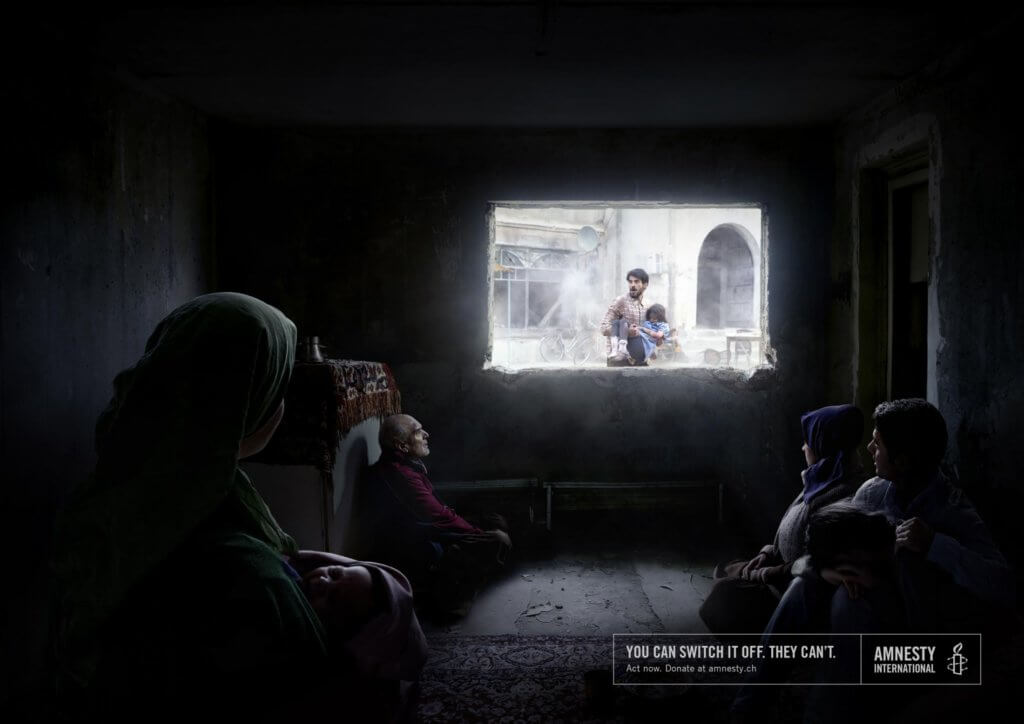 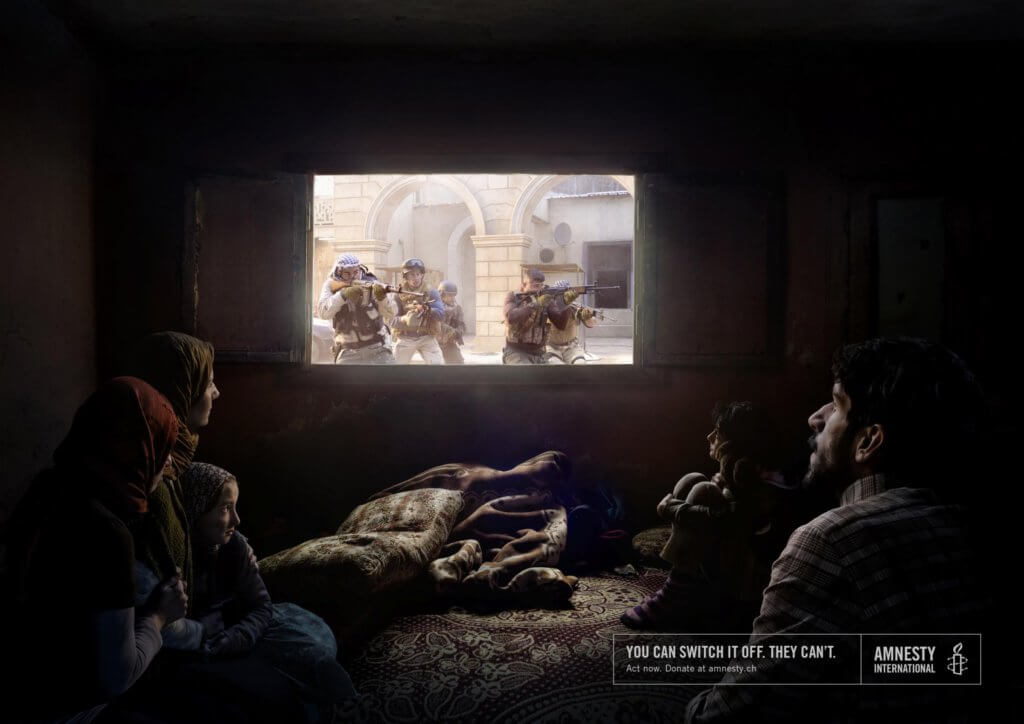 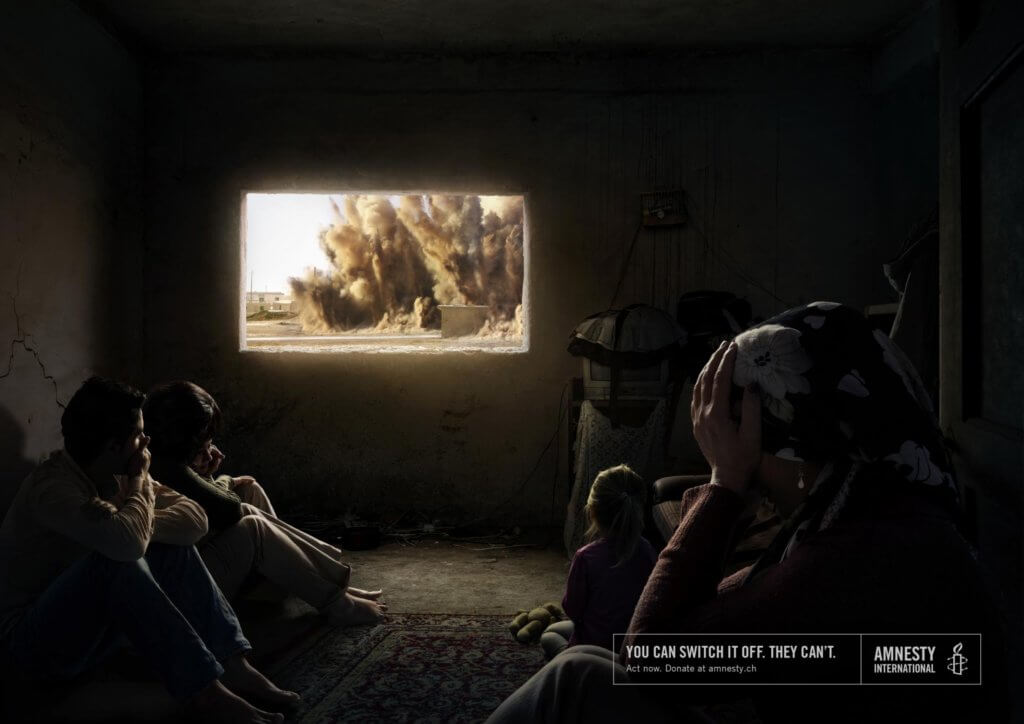 Amnesty International is a global movement of more than 7 million people who take injustice personally. They are campaigning for a world where human rights are enjoyed by all.
The organization is independent of any political ideology, economic interest or religion. Their firm belief is that no situation is beyond hope.
Through detailed research and determined campaigning, Amnesty International helps fight abuses of human rights worldwide, by bringing torturers to justice, changing oppressive laws, and freeing people jailed just for voicing their opinion.
By telling the powerful stories of the people we work with, they mobilize millions of supporters around the world to campaign for change and to stand in defense of activists on the frontline.

All images are from Ads of the World.