Ester Lou Weithers is the proud child of Caribbean immigrants, raised in Houston, Texas. The daughter of a pastor and a teacher, she fell in love with storytelling at an early age. At Florida A&M University, Ester studied journalism and public relations. She quit her desk job at MTV Networks in New York, to pursue television writing in Los Angeles in 2011. In July, this year she was selected as this year’s FOX Writers Intensive (FWI) Fellow.

Passionate about storytelling from an early age, Weithers worked at MTV in New York before relocating to Los Angeles to embark on her writing career. She started as an assistant in the Writers room of “House of Lies” and in 2015, co-created and directed the web series, “Sexless” and “Chef Julian” for Black & Sexy TV. Ester’s desire as a storyteller is to contribute to the current expansion of blackness in pop culture and to fight for cultural specifics in that storytelling.

Passionate about storytelling from an early age, Weithers worked at MTV in New York before relocating to Los Angeles to embark on her writing career. She started as an assistant in the Writers room of “House of Lies” and in 2015, co-created and directed the web series, “Sexless” and “Chef Julian” for Black & Sexy TV. Ester’s desire as a storyteller is to contribute to the current expansion of blackness in pop culture and to fight for cultural specifics in that storytelling.

If you watch PITCH – the TV show centered around the story of Ginny Baker’s rise to fame when she is called up by the San Diego Padres and becomes the first woman in Major League Baseball, then you are familiar with Ester Lou’s work because she is a Staff Writer for the show! 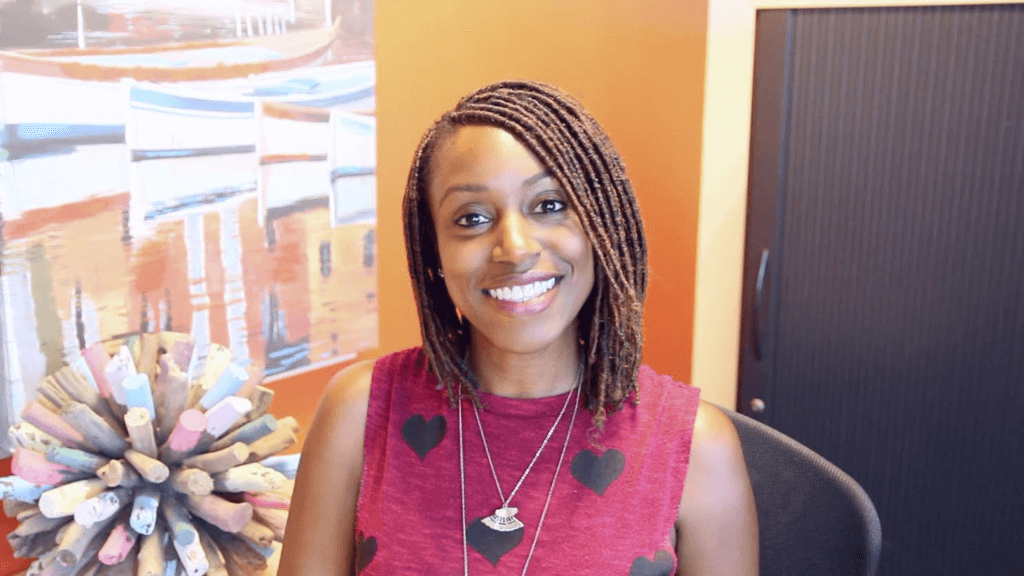 For Creative Girls: We love your work and you are an inspiration to us. How did you become a Screen Writer? What has your journey into Screenwriting been like?
I always wanted to be in television. I worked on the corporate side for many years in NYC before relocating to LA. I started as a writer’s production assistant, getting coffee and lunch for the writers. This year I got nominated for the FOX Writers’ Intensive, a writing lab for new TV writers. And that’s how I got my start as a staff writer on PITCH.

Pitch is such a fantastic show! It’s such a great win to have a show that addresses issues we’ve been tackling with for years. How did you come up with the script for the show?
Well, I didn’t come up with the pilot script for the series. That was Dan Fogelman and Rick Singer. As a staff writer, I pitch story ideas for the episodes and characters. It’s great to be on series that is intent on being culturally relevant.

Telling the stories of Black women…. Is this something you’ve always wanted to do? What are the issues you deal with when it comes to writing/telling stories from your own heart?
At first, I just wanted to tell good stories well, entertaining and dramatic stories. But recently I’ve focused more on telling stories that reflect what it means to be a woman, a woman of color, a child of immigrants and a late bloomer. That’s my reality and those stories need to be told so that everyone is represented in television and in film.

In your opinion/insight, how do we get more shows, scripts, and stories that represent Africa and African-Americans?
More of us need to work behind the camera as writers and directors and more of us need to be in positions of power at studios and networks. If we can get more of us in those spaces – where we traditionally have been absent – more of our stories will be told. It’s hard to break through those barriers, but we are making progress and we won’t look back.

To whom do you look to for inspiration when writing? Are there any female baseball players, past or present, from whom the team draws inspiration for Ginny’s character?
There are so many amazing television writers that I admire. l especially love everything happening over on Queen Sugar and Atlanta right now. Those writers’ rooms inspire me to keep my stories authentic.
We pull from all of Baseball to get stories for Ginny, from Peanut Johnson to Clayton Kershaw. But her experience is very unique, so many plot lines are from our imagining of what her life would be.

We love the fact that the show is primarily about her career, but also deeply explores her personal life. How do you approach exploring trauma and balance it with the need to provide entertainment?
Viewers like to see conflict and they like to see their favorite characters triumph over conflict. So for us, the two go together.

How do you find the line between making ideological statements and being true to the character, for example, when Ginny refused to throw the team coach under the boss?
We like to reflect the reality of what it means to be a baseball player and the culture that comes with that sport. We’re fortunate to have awesome and frank baseball consultants — some former players — who help us keep the character true. And in today’s climate, athletes are using their platforms to speak about the world. So for us, it’s just about keeping Ginny honest with the world she lives in. 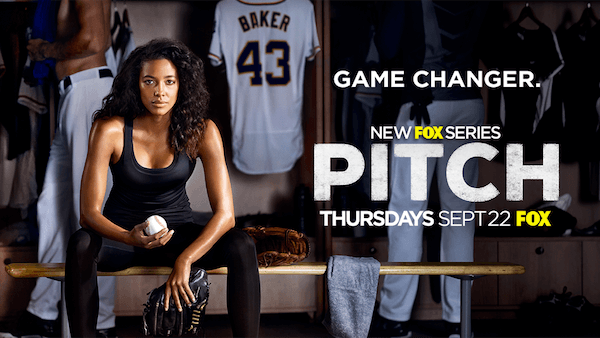 We also read that the Pitch team is working with a lot of actual baseball analyst and players to get the story right. Do you think this still allows you to take as many creative liberties as you would with the storyline?
We’ve taken a few. But in the end, we want baseball fans to feel as if we are repping the game right. So we never go too far off.

What tips do you have for anyone trying to break into the screenwriting world and win?
Make sure this what you want to do above all else. Then get into a habit of writing a lot, so that you can have as many samples as needed to get that first break.

Do share with us your daily routine and your favorite writers.
What I love about television is that no day is exactly the same. Some days I write at a coffee shop, at other times I’m just talking about the story with the writers at PITCH, then when we’re in production — I’m on set all day. The only consistent for me is writing in my journal every morning. I do that for my peace of mind. So that always stays the same.
Growing up I loved Edgar Allan Poe and Agatha Christie. These days I read more non-fiction — a lot of articles; I love anything Melissa Harris-Perry writes as well as Jozen Cummings and Damon Young. And then the classics like Audre Lorde and Angela Davis.

What is your definition of Creativity?
Creativity for me is taking an image or thought in your head and bringing it to reality; words and images brought to life.