The Psychosis Of Blood: A Review Of Oyinkan Braithwaite’s Thicker Than Water

At first, Thicker than Water starts off, after the murderous drama of the opening chapter, as this incredibly simple almost simplistic read that takes you right back to high school, dealing with sibling rivalry, teenage acne and all the essentials of a girl growing into a woman, trying to find her place first, as a sister constantly at the 2-pronged junction of protecting her younger sister, who is also the jealousy-rousing pain in her life.
And then, in a gentle, slow tide rising manner, the story intensifies as if growing out of its youthful exuberance into the turmoils of adulting while carrying the unresolved issues of the teenager.

The journey into the mind of a sociopath is often theorized, with listicles and expletives on how the mind works. Most of the time we come across them in readings/books as statistics, numbers and as scientific data that accompanies this type of mind. Thicker than water does the opposite, fictionalizing the mind of a sociopath and giving us the human(e) terrain that this mind treads so that it looks really humane while branching out into its ever present darkness.
Whether this is intentional by the author or not, I cannot tell. But, I especially liked this trait – it added a paradoxical grim human figment to the thriller aspect of the novella.
The eeriness of this display of sociopathy is amplified by the use of contemporary social, identifiable artifacts – Makeup, Social Media, Ice cream plopping – making every detail real to the reader.

Thicker Than Water is the story of Two sisters – Korede and Ayoola, one who is desirable, popular and attractive, the other is not. One desires a man, the other flips the switch on men as her boredom and nature want to, drawing them like flies to a flame.
This story is fascinating in how it depicts the struggle of the undesirable sister, who is torn between the constant battles with the backlash of her attractive sister, and her need to protect the same sister. The first-person narrative which often has a tendency to slide into boredom actually lends drama to this story, much like slipping into the shoes of the character, feeling their anguish in the process.
The undesirable sister falls in love with a man, who becomes the murder target of the desirable, attractive sister.

A really interesting trait laced into this Novella is the Thriller-cum-Nigerian drama that is pervasive. The story brought out all the Yoruba girl in me, with the accompanying mental tantrums, drama and Yoruba shade that the head could muster.

Thicker Than Water is an easy delightful read that made me laugh at different points and I enjoyed every bit of it. I didn’t put it down until I had finished reading it.
If you’ve ever wondered how deep and psychotic familial ties can be, then you need to read Thicker Than Water. 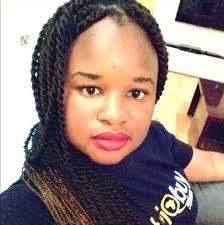 Thicker Than Water is written by Oyinkan Braithwaite, a writer who suspects that the moment she lands a bestseller, there’ll be nothing left to life. She writes novels, short stories, scripts, poetry, articles and notes to herself. She has had work published in anthologies and has also self-published work.
In 2016, she was amongst the shortlisted candidates for the Commonwealth Short Story Prize. You can find her at writeratworkng.com.

Thicker Than Water is available at:
Okadabooks: http://okadabooks.com/book/about/thicker_than_water/14737
Kindle: https://www.amazon.com/dp/B0741ZKTRS

Nigerian Minimum Wage Challenge: Ifeatu Nnaobi's Takes on the Streets of Lagos
Ainehi Edoro of Brittle Paper on Sharing Her Love for African Literature with the World
Soap Emojis: Zest Emojibons Created By Anna Keville Joyce
These Are Your Recipes For Self Love
Gerety Reveals the 2022 Shortlist and ‘Agency of the Year’ by Country