What do you think makes someone a leader? Courage, decisiveness, empathy, resilience, or influence? Obviously, there are a number of different schools of thought when it comes to leadership, but do you think there are certain traits that in your opinion are more important than others?

With that in mind, picture a leader for me, please.

Are they a woman?

Chances are, they’re a man, and it’s possible that you didn’t picture a woman because there’s not a lot of female leaders out there. Harvard Business Review, for example, says that less than 5 percent of Fortune 500 CEOs and about 2 percent of S&P 500 CEOs are women.

There are, of course, a wide range of stereotypes, biases, and other factors that contribute to such a low percentage of female leaders. Most of them, unsurprisingly, come from men, but what about women? How do we think about female leaders?

Now, let’s take this one step further. With books like The Handmaid’s Tale and movies like The Nightingale making quite an impact in our society, let’s discuss how female authors view leadership and nurture the opinion of the next generations.

Gloria Feldt, a prominent author and an international women’s leadership expert, is known for her decisive stance on the position of women in the leadership realm. In her recent best-selling book called No Excuses: 9 Ways Women Can Change How We Think About Power, she urges women to take on leadership roles and be more open to assuming executive-level positions that are historically “reserved for men.”

In her recent Time article, Feldt should adopt a new consciousness and quotes Princess Leia played by the great Carrie Fisher:

“We have no time for sorrows, Commander. You must use the information in this R-2 unit to help plan the attack — it’s our only hope.” 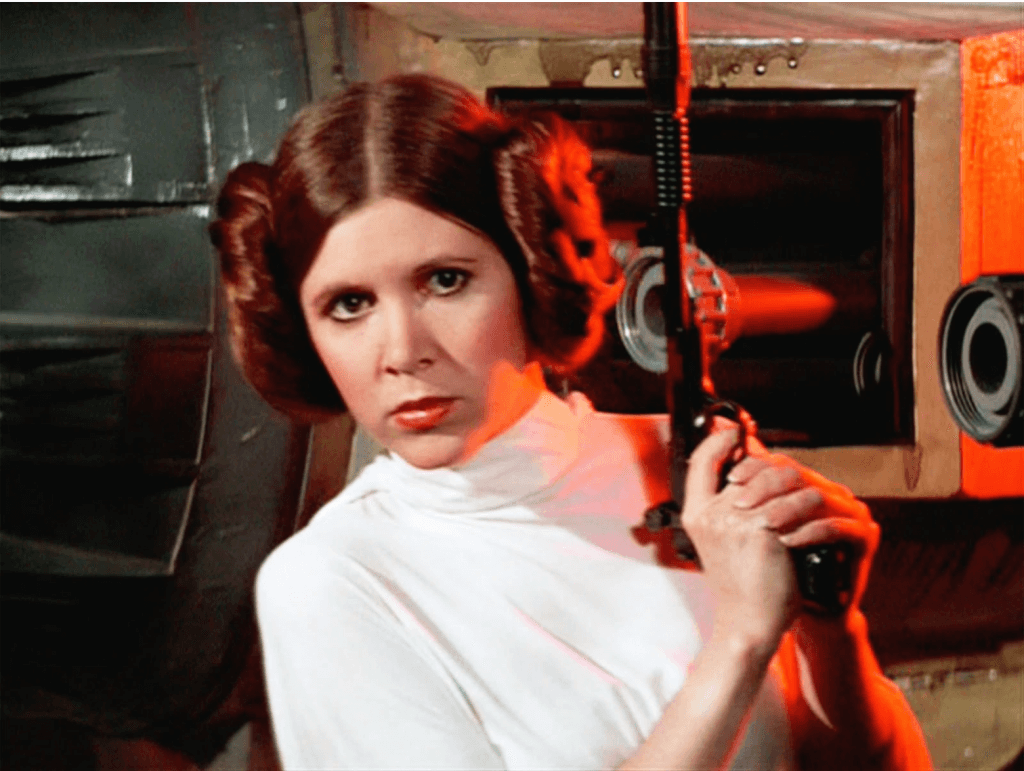 With years of research of historical patterns of the women’s movement in the U.S. under her belt, Feldt claims that women should take a decisive stance against the remaining shards of deep-rooted stereotypes and biases that undermine the desire of women – who are perfectly suited to do the job – to lead.

According to her book, women should change the way they think about leadership and power, and adopt a completely new mindset where gender parity in leadership is at the core. By doing so, the female leadership will be “normalized,” says Feldt, but women still have a lot of obstacles to overcome.

Out of the bunkers, please,” writes Feldt, calling women to begin “normalizing” female leadership in the abovementioned Time article. The loss of equality in leadership “should shatter that glass ceiling and many others.”

Lois Frankel: Time to Toughen Up

Lois Franker, another best-selling American author, has been supporting the way Feldt thinks about female leadership. In her widely popular 2004 book called Nice Girls Don’t Get the Corner Office, (and the updated version released in 2014), she wrote about more than 130 interviews with women whose behaviors as teens sabotaged them as adults.

According to the author, women can be excellent leaders and outperform me in many leadership-related areas, but many females still can’t reach career success because of the so-called “nice girl” errors, fear, and other mistakes that discourage them to act. She describes a wide range of these mistakes based on the interviews – asking permission, multi-taking, a lack of negotiation skills among them – and explains how they become career pitfalls.

“Pleasantness” and other “nice girl” mistakes, says Franker, is a bad way to become a leader. There’s no way “a nice girl” becomes an executive or even achieves significant career heights because to be a great leader, many women need to toughen up, claims the author.

Rebecca Traister: a Unique Look at Female Leadership through The Value of Single Life

In her All the Single Ladies: Unmarried Women and the Rise of an Independent Nation, Rebecca Traister makes an interesting case by claiming that single women have helped to shape the U.S. By investigating economic, emotional, and sexual lives of women in America, she describes quite a few success stories of single women who made amazing contributions to society.

She explores how the views of the women on following their own trajectory despite the statistics, stereotypes, and biases, and busts the myths about single womanhood being largely focused on sexual escapades. The book – which was added by another great work called Big Girls Don’t Cry in 2011 – greatly advances the conversation about female leadership by showing that this relationship is predominantly judged by moral policing and bias.

A decision whether to marry is a person’s personal choice, says Traister, and is not the central premise of her work. According to the author, he just demonstrated that women made significant contributions to society, which proves once again that they are just as great leaders as men. However, she notes that unmarried women were some of the most successful when it comes to activism, entrepreneurship, and politics.

This author has also investigated experiences of numerous women in the contemporary business world through interviews and wrote The Next Generation of Women Leaders: What You Need to Lead but Won’t Learn in Business School, which is essentially a guide for women trying to navigate their way in the modern business environment.

Geared specifically to young females, including Millennials, the book is written in a simple language and describes the most common barriers encountered by women in business as well as the ways to overcome them. Rezvani covers a lot of useful material and real-life examples, ranging from negotiating and networking to burnout and even dating at work.

Like the works of the authors we’ve reviewed in the previous sections, Rezvani’s book demonstrates excellent leadership skills of many women; moreover, it shows us that the readers – women gearing up to begin their professional careers – need to know about the experiences of those before them to be in a better position to succeed.

Women are excellent leaders. However, they still need to overcome a range of obstacles that result from stereotypes and bias, so reading the books you’ve just read about could be immensely helpful to them. Even though the position of the authors mentioned here may differ in some aspects, their view of female leadership is the same: women are just as effective as men in executive positions. To help women with battling the factors holding them back, most of the books here include tips and inspirational quotes to show that a woman can make a transition from “a nice girl” or a cautious observer to a skilled, decisive, and awesome leader.

Angela Baker is a self-driven specialist who is currently working as a freelance writer at TrustMyPaper writing services and is trying to improve herself and her blogging career. She is always seeking to discover new ways for personal and professional growth and is convinced that it’s always important to broaden horizons. That’s why Angela develops and improves her skills throughout the writing process to help to inspire people. Also, she writes for LiveInspiredMagazine, rounding out her professional writing career.

The Art of Speech Delivery: A Study of Michelle Obama's Speeches
Stay Healthy While Working — How to Balance Your Life | Stella Van Lane
How You can Turn Your Creativity into a Craft Business
Launching a Super-Creative Business: Top Tips to be Successful
The Empowered Woman’s Guide in Creating and Managing a Website