Interior Design And The Use of Space: Ogochukwu Eke On Practising Architecture

At the beginning of September, we stumbled upon this tweet that left us amazed with the loveliness of the architectural and interior designs.

So my sis helped design this church. Dedication this weekend. Church of the Visitation, 1st Ave., Festac. She rocks. pic.twitter.com/uWTk5SwlP6

Ogochukwu Eke is an architect, who recently started exploring her love for interior design. When we saw that tweet, we knew we had to interview her. And when we did, we fell in love with her amazing personality, her passion for what she does and her charm. Here is Ogochukwu Eke’s story. 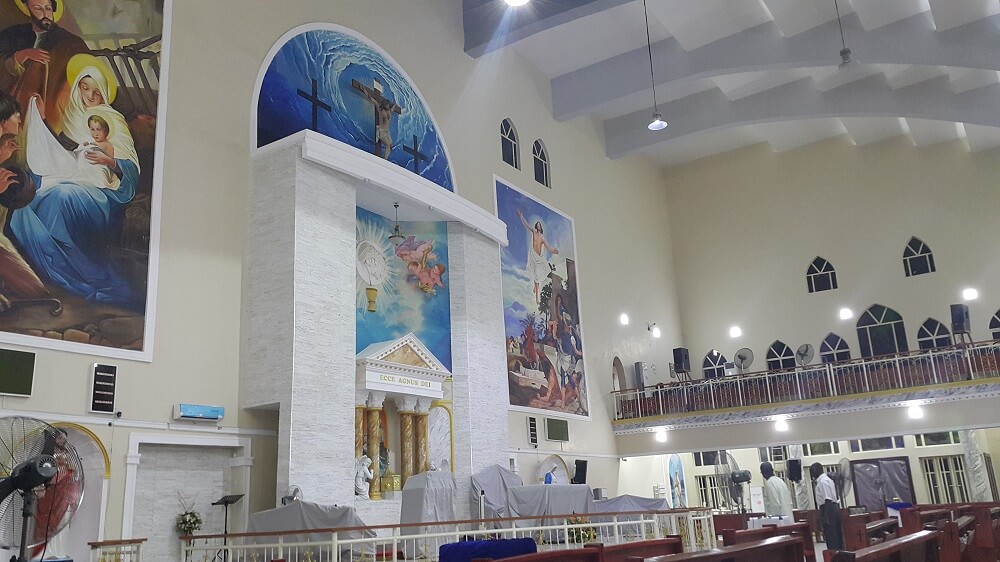 For Creative Girls: Hi Ogochukwu, tell us about this project that your brother tweeted about.
We were a team that worked on the church. I did the interior, I did the landscaping and I consulted for the external finishings. But in the terms of the initial external designs, it was another person that designed it.
How long have you been designing?
I’ve been designing since university days when I got my Bachelors degree. I started practising in 2007, after my BSc, I worked for a while and then I went to do my Masters.

When did you decide that you wanted to do the architectural type of design?
Maybe because I started as an architect, so it already streamlined the kind of design I would be involved in. Basically, since I’ve been trained as an architect, I just continued in the architectural space. Over time, I realised that I enjoyed doing interior designs and I can explore my creativity there more than the exterior, even though I have expertise in exterior design.

Do you run a firm or are you working with an architectural firm?
Currently, I’m working under somebody – a firm in Lagos, we are called Project Development Team. We are into architectural design, Construction among other things. On the side, I have clients that use my services and work with me.
This particular project was a church design, and I came in as part of a building committee. We all came together to contribute to the success of the structure. Initially, we were about 35 people that volunteered, but you know when you are not being paid to do a job, commitment can wane. So, we whittled down to about 9. Further into the project, we became 5. So, I was the architect that was consulted more at the final stage. 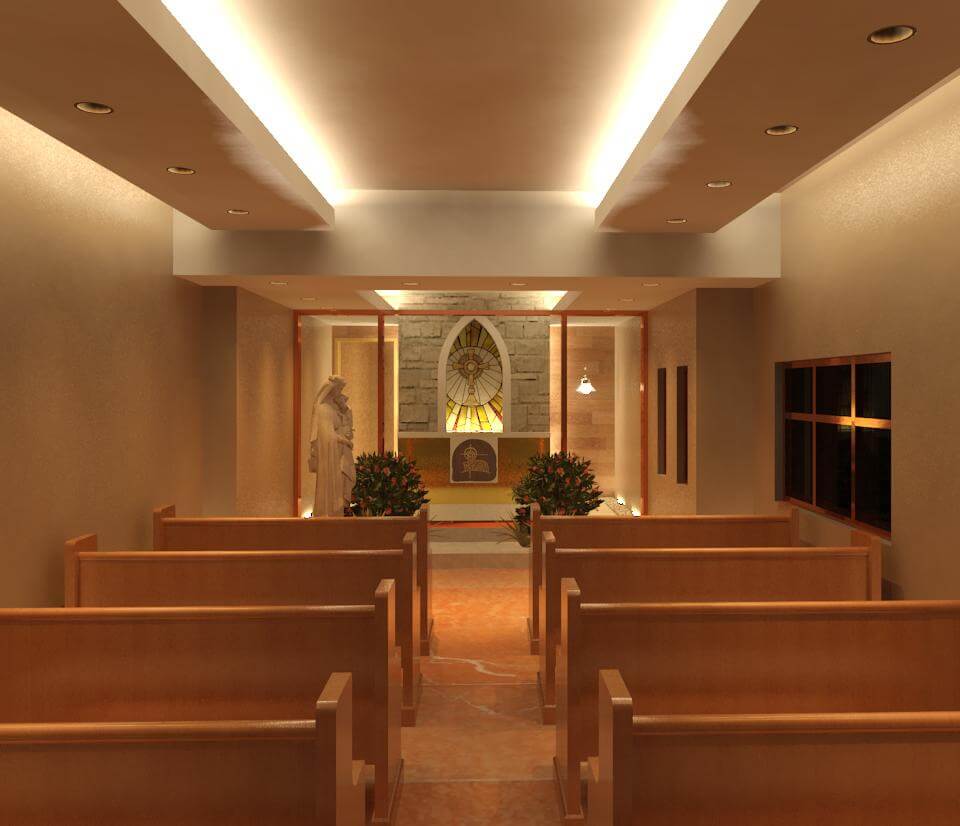 We hear that you were the only girl on the team? How was that like?

Yes, I was the only woman on the team. There was another woman at the beginning, but that was at the beginning. So, I was basically the only girl in the team that followed through on the project till the end.
Well, it didn’t seem strange at all to be the only girl on the team. Maybe because I’ve been used to it since my Bsc days. We were about 10 girls and 60 guys in my class during my first degree, so I had already gotten used to people trying to undermine my ability.
But, the truth about being in a male dominated field, once you stand out, you stand out and everyone will respect your work and skill.
Working outside school too had prepared me for this, I had already gotten used to everything. Even though we were about 50 that graduated in my class eventually, as some people dropped out of the class after a while, none of the girls left. We were 10 girls that graduated. 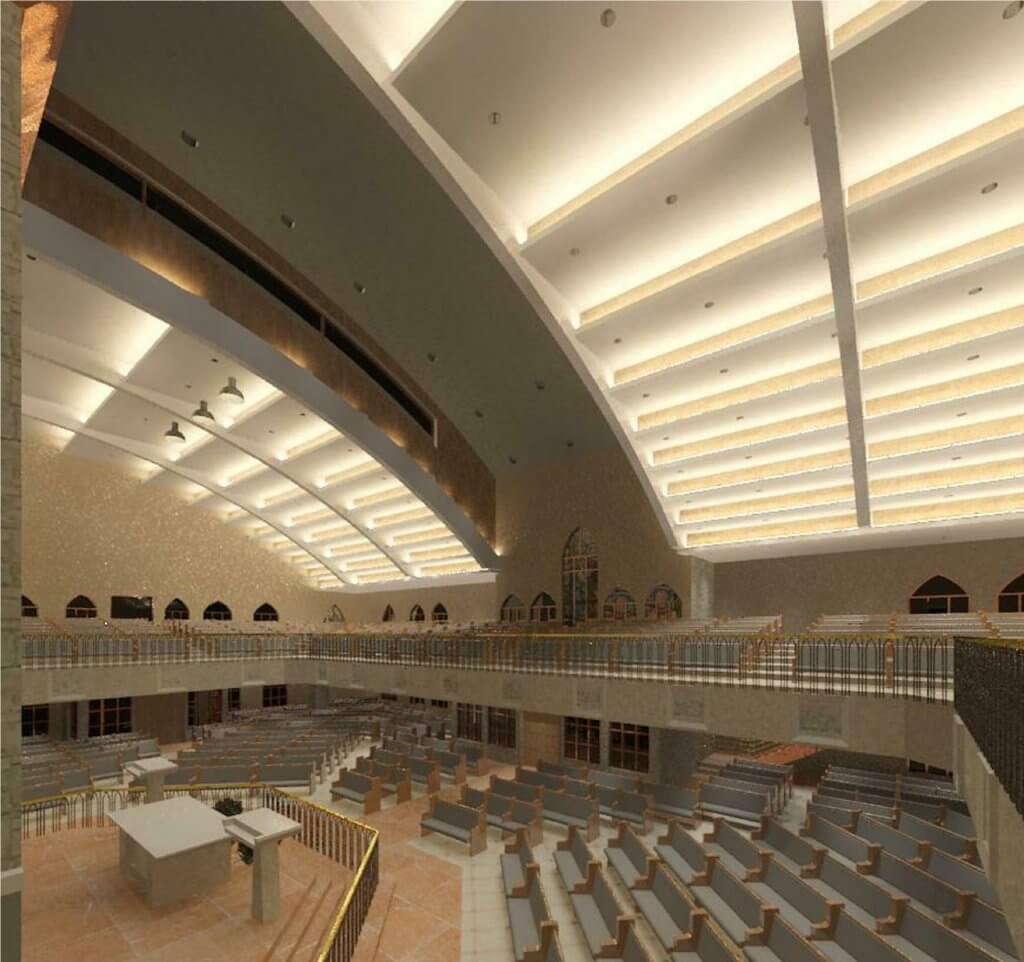 Do you doodle every day? Do you draw every day or how do you keep being inspired?

I draw a lot. Usually, that’s the way I put down an idea, by sketching it out.
Initially, I started with if I’m doing something, I always start by doing my research when I’m about to design. I look at what people have done.  Design is not just a surface thing, it’s not about how pretty it looks, but also about the functionality. It’s like your face, you have your eyes, nose, mouth set in the places they are for different functions and in alignment with one another. So, it’s not just about aesthetics.
I, therefore, do a lot of research and look at all the considerations that should go into the design. I see design themes and then borrow from design ideas. We tend to call it quoting, you quote from this person or design.
I tend to take my inspiration from the books I read, the things I see around and the internet. And as I design I input my personal interpretations and leanings.
As an architect, I think it is important to draw. It’s easier to express the picture in your mind and communicate when you draw. Especially, when you need to talk to clients. Being able to communicate your idea to clients is very critical, so if you can’t draw, you’ll be a bit handicapped. You can always just doodle on a tissue paper when your computer is not with you. It is tough to communicate tangible things with only verbal expressions. 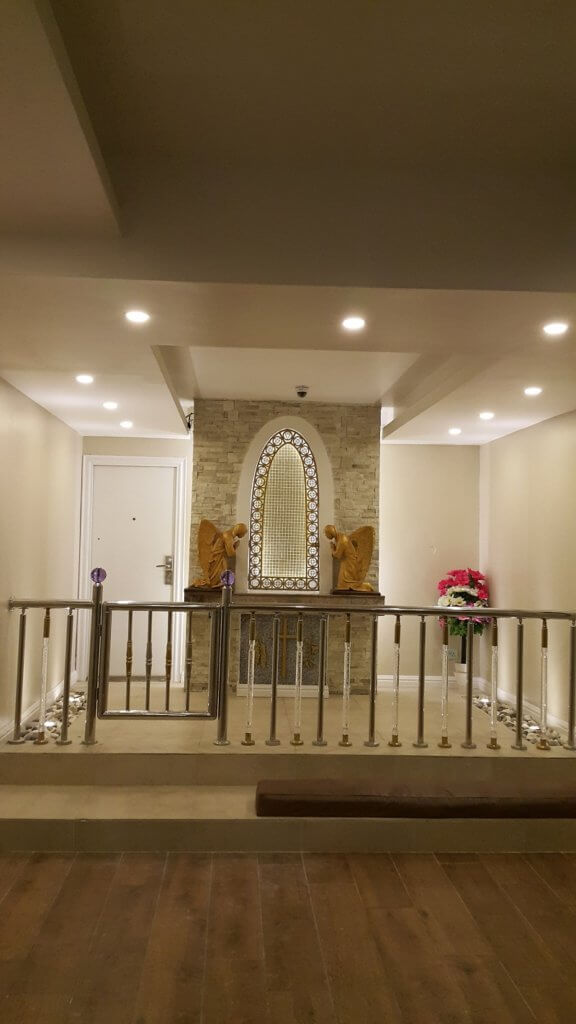 What are some of your favourite buildings or architectural spaces?
I like the Tango Towers in Ikoyi, Lagos. I’ve been inside and I like the space arrangement.
I also love Freedom Park, I like how the architect was able to take what was once a prison and recreate it into an arts centre for different events.
In terms of office buildings, I like the Wema Insurance Company.
Civic Centre is also another architectural landscape I like.
Outside Nigeria, I tend to follow a couple of architects and their works:
I.M Pei
Zaha Hadid (I love how she was able to use the female forms/angles to express architectural innings and bring them to life)
Santiago Calatrava – He is A Spanish Architect. He is also a structural engineer and his works are so creative and amazing! He’s built a couple of bridges.

What websites are your go-to websites?
House.com is my favourite website right now. I like it because of the details that they expose you to. A lot of times we don’t understand that beauty is in the details. The additional elements that create a singular signature in a building. I see how people use texture, materials on House.com
In my Interior design sojourn, I’ve realised that there’s a lot of technical details that go into what we see.

Definition of Creativity
I see creativity as the ability to work on your surroundings and recreate it into something that hasn’t been seen before. It’s how you interpret things you see. We are inspired by so many things outside of us and we take it in and then birth these things through our work.

Daily routine and achieving set goals
The only daily routine I have for now is prayer. God is my source all day.
Apart from that, I’m quite scattered. I know how everything is and I don’t like when things are tampered with differently from the way I set it.
I think I’m detailed internally, but I’m in my world a lot, so I can be scattered.

To reach Ogochukwu, send her mail, or find her on her team’s website.