Letlhogonolo Swaratlhe is a South African feminist on a continuous journey of learning and relearning how to be whole, on the way to being a robust academic, Letlhogonolo holds a BA degree in Politics, Philosophy and Economics, and is currently studying towards an Honours degree in Philosophy. Her interests are centered around African ethics and the African aesthetic experience. She has made a religion out of words- written and spoken and uses poetry to cut down ravaging trees of Patriarchy, installing the glory of Feminism. 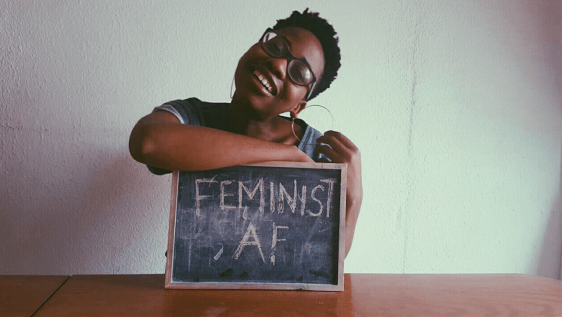 These two poems show just how religious she is with words.

THE DEAD MEN OF PATRIARCHY
She said that after her husband flew the seventh punch across her left jaw,
She rose to her feet and said to him:
“I almost wrote you a poem but wrote your eulogy instead”
“What?”
“You’re dead, beloved, don’t you realise?”
“Dead? Dead?” he said mockingly. “Who killed me?”
“Patriarchy killed you. But I refuse to be dead along with you, so I’m leaving”
She said she’d been left a bit bitter that the elder women had only ever taught her how to be a
good wife.
They’d forgotten to tell her that sometimes we’ll be good wives to dead men.
MISNAMED OCEAN
Some people come ruined and want to smother you.
They come as deep rivers and want you to fall and drown in them senselessly.
They’ll mistaken you for a mere stream,
But you’ll laugh from the pit of your belly knowing that you are a stream leading to the ocean.

All the Amazing Women on the 2016 Commonwealth Short Story Prize Shortlist
The Significance Of Artistic Leaders
Photos & Recap: Our First Lagos Meetup For Creative Women
Designer At A Tech Startup By Day, Melissa Ivone Is Teaching Herself The Art Of Embroidery
Hair as Anything You Want it To Be: Laetitia Ky is the Queen of Hair Sculpting