I literally get overwhelmed with excitement every time I discover a platform or creative enterprise run by a woman. I want to meet her and ask her all the questions in the world (don’t worry, I find ways to hold myself back from asking all the questions in the world. Lol). So, when I met Chinasa Chukwu of POSTSCRIPT, I was in awe and became curious about what goes on in her mind. Thankfully, I’ve been able to cop an interview with her and her co-founder, Elvira Vedelago.

POSTSCRIPT is a cultural anthology bringing together the multiplicity of perspectives of contemporary women. A cross between an academic journal and newspaper in presentation, we hope to connect women to ideas, customs and forms of expressions surrounding the lifestyles and complexities of contemporary women.
Released bi-annually, the publication focuses on a single theme per issue and includes in-depth articles and essays, interviews and contributions from inspiring modern women. The debut issue (The Kinship Issue) featured Zing Tsjeng (Broadly Editor), Kesang Ball (Trippin Founder), Irenosen Okojie (Award-winning Author) and Sharmadean Reid (WAH Nails and beautystack founder) amongst others. 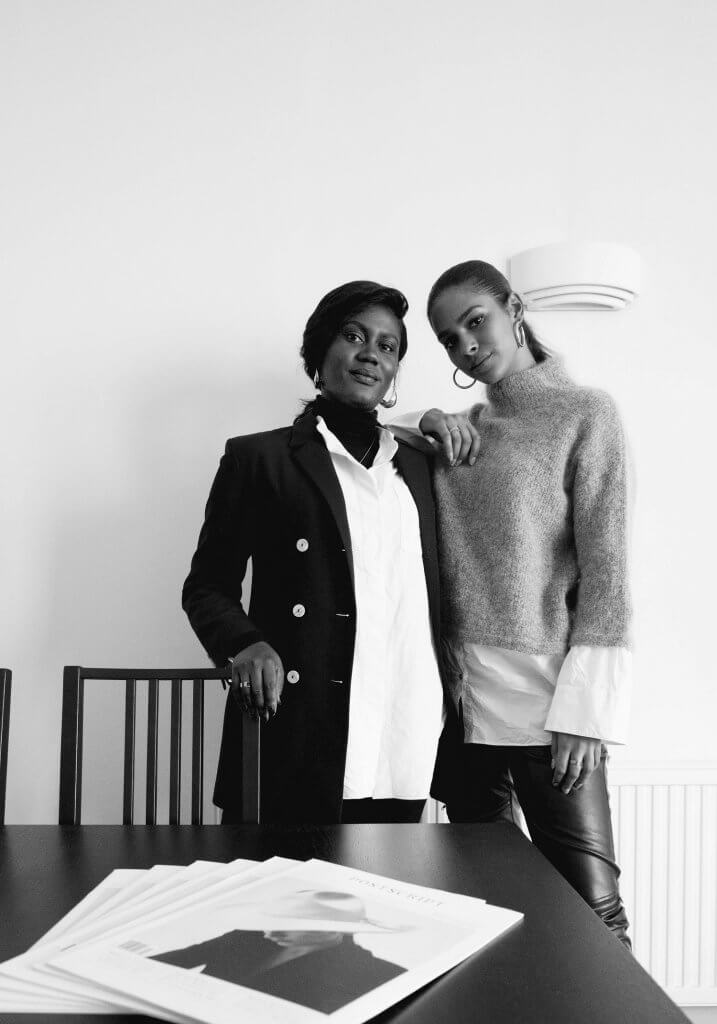 Gbemi Lolade: POSTSCRIPT is a worth-filled, much-needed publication! What moments led you to create it?
Chinasa: Thank you! It was really kismet that we met when we did because we had gone through individual journeys to get to the idea of a publication. Frustrated by the limited opportunities for women to write about and have discussions about subjects separate to their womanhood, and for women of color, separate to their race and womanhood, we wanted to create a space where we could allow that to happen.

Elvira: We had both created treatments and outlines independently and so when we met we were ready to go. It had to be a publication because we are both big readers and still really gravitate towards print so we knew we wanted to do that. It also felt more permanent and considered than digital because we wanted people to sit down with it and really digest the content.

What experiences and changes do you hope reading postscript will imbibe in anyone who comes across it?
Elvira: Part of our mission statement is to connect women to ideas, customs, forms of expressions and new perspectives of other contemporary women.

Chinasa: We really hope that POSTSCRIPT starts conversations amongst our audience. We want to amplify the voices of women and in particular women of color in areas where we are often overlooked and/or tokenized and hope that the topics we discuss in the paper continue off the page. 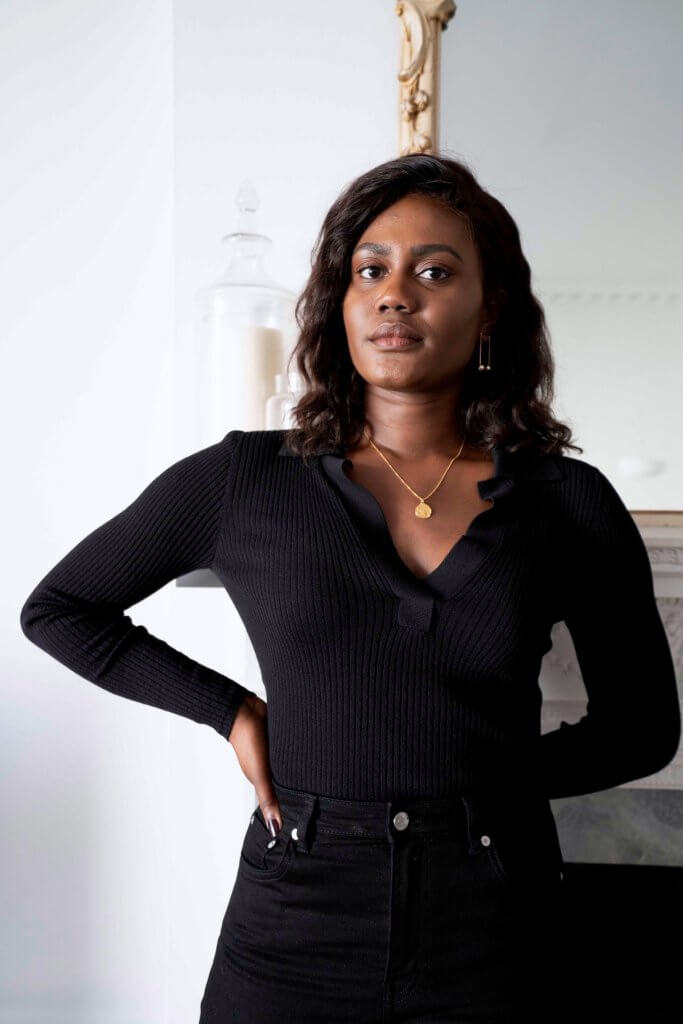 You have some really badass women as contributors, how do you choose the people whose voices are in the publication?
Elvira: For the first issue we relied very heavily on our existing network which thankfully is made up of a lot of ‘badass’ women with multi-faceted experiences and interests. We start each issue with a theme and then outline some topics of discussion after which we list some options to contact and then reach out and see who is interested in working with us.

So, how did you meet and then decide on creating POSTSCRIPT?
Chinasa: We actually wrote about this in our first editor’s letter because we started working on POSTSCRIPT quite soon after meeting. We knew a little about each other but were officially introduced by a mutual friend at an event. After that, we met up for an interview for Elvira’s blog but ended up spending the whole day together talking about everything from music and art to identity, politics, sociology. By the end of the day a barebones skeleton of POSTSCRIPT was conceptualized and we had made a pact to create something meaningful together in the future which encompassed all those topics we love to interrogate.

I like the interwoven nature of previous & current experiences between the two of you. How do you share responsibilities and roles on building Postscript?
Elvira: We set weekly targets and allocate them to whoever we feel is best suited to undertake each task. It’s quite organic and naturally aligns with our specific directorial roles; Chinasa is our Art Director and I am the Features Director. Most of the time, Chinasa will manage the visuals and design, while I’ll handle the features and content. But at the same time, if either one of us has a particular idea that we want to explore, that person will take the lead and we’ll always consult with each other throughout the process anyway. With just 2 of us, it’s quite easy to do. 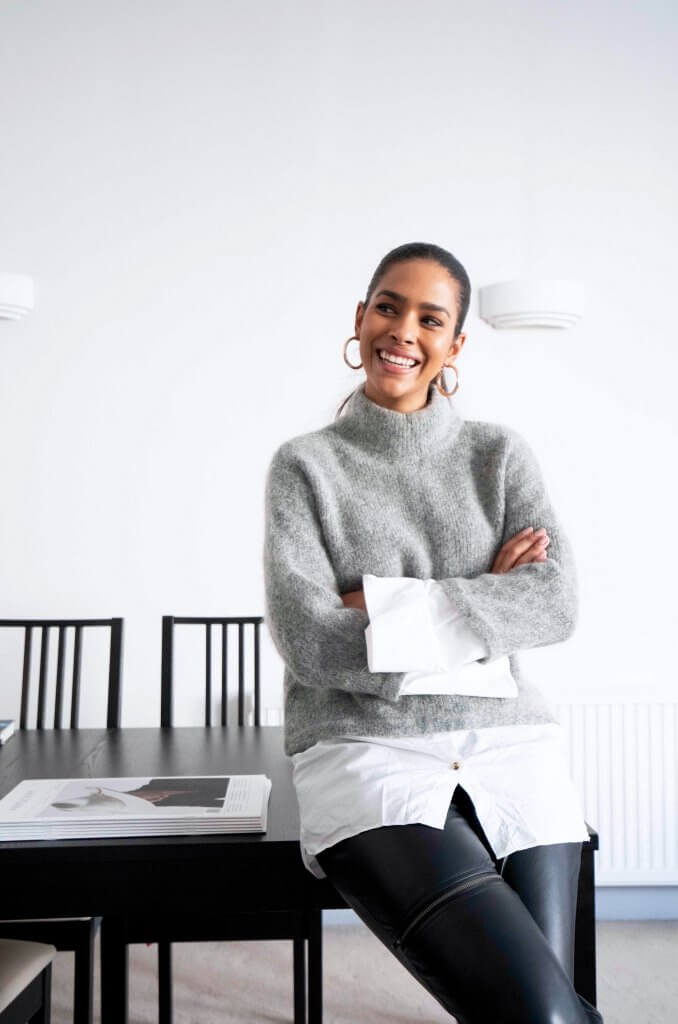 Tell us about 3 women you admire.
Elvira: Michelle Obama – currently reading her book and feeling very inspired. Oprah, for her wonderful authenticity and my mother for her unconditional love and strength.

Chinasa: My mother because she is usually what you need her to be; Cheerleader, Reality Checker, Wingwoman, Best Friend… the list goes on. My older sister and my younger sister because they are at such different places in their lives but they are equally open to learning and experiencing growth.

Your favorite websites, books, tools/resources.
Chinasa: This always changes for me but I just bought Ache- a publication featuring essays, articles, poetry, and artwork about women and illness. I’m also giving myself a sustainability refresher via Futurelearn so I really like that platform as a learning tool.

Elvira: Currently really enjoying reading articles on Aeon – a website that features thought-provoking ideas around philosophy, sociology, and psychology. Favorite read of this year has to be The Road Less Travelled for the superbly succinct way in which M. Scott Peck breaks down human behavior, relationships, and spirituality.

Where can members of For Creative Girls get copies of Postscript
You can order POSTSCRIPT online at https://www.postscript.london/store/ or if you are in London, you can have a look at the list of our stockists on our website and pick whichever is closest to you. 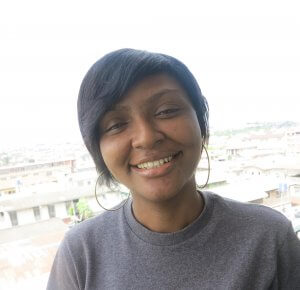 Gbemi Lolade Adekanmbi is the cultivator of For Creative Girls. She is a firm believer in the fact that there is no division between the ability for science/tech and the ability for Art. Her goal is to cultivate this ability with as many people as possible and execute great ideas.