Maria Popova is the founder of Brain Pickings, which she describes as her “one-woman labor of love — a subjective lens on what matters in the world and why“. A self-described “interestingness hunter-gatherer and curious mind at large,” Maria spends her days collecting and sharing brilliant bits of “timeless and timely” insight that traverse time, space and discipline.

Originally from Bulgaria, she resides in New York where she works 100+ hours a week as a “curiosity architect” for her more than a million followers.

Maria got her start in advertising but found her niche in blogging and web curation. Brain Pickings started on October 23, 2006, when she sent a short email to a few friends at work, with the subject line “brain pickings,” announcing her intention to start a weekly digest featuring five stimulating things to learn about each week, from a breakthrough in neuroscience to a timeless piece of poetry.

What began as a tiny experiment is now included in the Library of Congress digital archive of “materials of historical importance” and a few friends became millions of monthly readers all over the world. Brain Pickings also became a launching pad to many great achievements in her career. She has written for Wired UK, The Atlantic,The New York Times, and Harvard’s Nieman Journalism Lab. She is also an MIT Futures of Entertainment Fellow.

Brain Pickings has led to other projects such as: the Literary Jukebox, a weekly interestingness digest, podcasts, the Curator’s Code, just to mention a few. 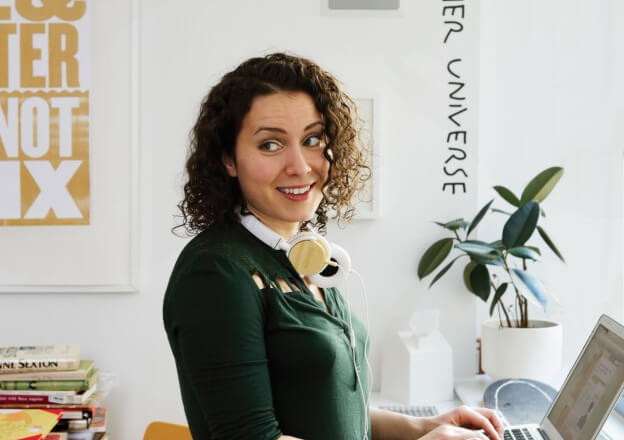 Maria sees Brain Pickings as her labor of love and her greatest joy and most profound source of personal growth, life and living.

To commemorate the ninth anniversary of Brain Pickings in 2015, she shared her 9 learnings for 9 years of brain pickings. Although the anniversary is long past, they are still relevant and will remain that way for the foreseeable future.

1. Allow yourself the uncomfortable luxury of changing your mind. Cultivate that capacity for “negative capability.” We live in a culture where one of the greatest social disgraces is not having an opinion, so we often form our “opinions” based on superficial impressions or the borrowed ideas of others, without investing the time and thought that cultivating true conviction necessitates. We then go around asserting these donned opinions and clinging to them as anchors to our own reality. It’s enormously disorienting to simply say, “I don’t know.” But it’s infinitely more rewarding to understand than to be right — even if that means changing your mind about a topic, an ideology, or, above all, yourself.

2. Do nothing for prestige or status or money or approval alone. As Paul Graham observed, “prestige is like a powerful magnet that warps even your beliefs about what you enjoy. It causes you to work not on what you like, but what you’d like to like.” Those extrinsic motivators are fine and can feel life-affirming in the moment, but they ultimately don’t make it thrilling to get up in the morning and gratifying to go to sleep at night — and, in fact, they can often distract and detract from the things that do offer those deeper rewards.

3. Be generous. Be generous with your time and your resources and with giving credit and, especially, with your words. It’s so much easier to be a critic than a celebrator. Always remember there is a human being on the other end of every exchange and behind every cultural artifact being critiqued. To understand and be understood, those are among life’s greatest gifts, and every interaction is an opportunity to exchange them. 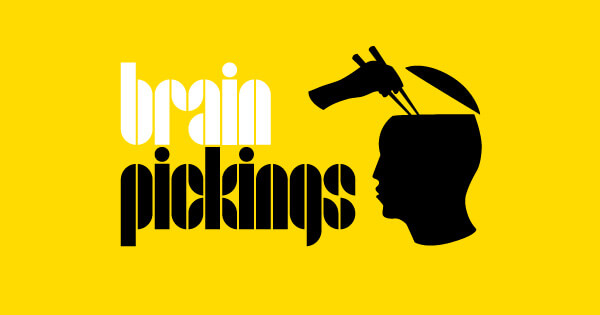 4. Build pockets of stillness into your life. Meditate. Go for walks. Ride your bike going nowhere in particular. There is a creative purpose to daydreaming, even to boredom. The best ideas come to us when we stop actively trying to coax the muse into manifesting and let the fragments of experience float around our unconscious mind in order to click into new combinations. Without this essential stage of unconscious processing, the entire flow of the creative process is broken.

Most importantly, sleep. Besides being the greatest creative aphrodisiac, sleep also affects our every waking moment, dictates our social rhythm, and even mediates our negative moods. Be as religious and disciplined about your sleep as you are about your work. We tend to wear our ability to get by on little sleep as some sort of badge of honor that validates our work ethic. But what it really is is a profound failure of self-respect and of priorities. What could possibly be more important than your health and your sanity, from which all else springs?

5. When people tell you who they are, Maya Angelou famously advised, believe them. Just as importantly, however, when people try to tell you who you are, don’t believe them. You are the only custodian of your own integrity, and the assumptions made by those that misunderstand who you are and what you stand for reveal a great deal about them and absolutely nothing about you.

6. Presence is far more intricate and rewarding an art than productivity. Ours is a culture that measures our worth as human beings by our efficiency, our earnings, our ability to perform this or that. The cult of productivity has its place, but worshipping at its altar daily robs us of the very capacity for joy and wonder that makes life worth living — for, as Annie Dillard memorably put it, “how we spend our days is, of course, how we spend our lives.”

The myth of the overnight success is just that — a myth — as well as a reminder that our present definition of success needs serious retuning.

7. “Expect anything worthwhile to take a long time.” This is borrowed from the wise and wonderful Debbie Millman, for it’s hard to better capture something so fundamental yet so impatiently overlooked in our culture of immediacy. The myth of the overnight success is just that — a myth — as well as a reminder that our present definition of success needs serious retuning. As I’ve reflected elsewhere, the flower doesn’t go from bud to blossom in one spritely burst and yet, as a culture, we’re disinterested in the tedium of the blossoming. But that’s where all the real magic unfolds in the making of one’s character and destiny.

8. Seek out what magnifies your spirit. Patti Smith, in discussing William Blake and her creative influences, talks about writers and artists who magnified her spirit — it’s a beautiful phrase and a beautiful notion. Who are the people, ideas, and books that magnify your spirit? Find them, hold on to them, and visit them often. Use them not only as a remedy once spiritual malaise has already infected your vitality but as a vaccine administered while you are healthy to protect your radiance.

9. Don’t be afraid to be an idealist. There is much to be said for our responsibility as creators and consumers of that constant dynamic interaction we call culture — which side of the fault line between catering and creating are we to stand on? The commercial enterprise is conditioning us to believe that the road to success is paved with catering to existing demands — give the people cat GIFs, the narrative goes, because cat GIFs are what the people want. But E.B. White, one of our last great idealists, was eternally right when he asserted half a century ago that the role of the writer is “to lift people up, not lower them down” — a role each of us is called to with increasing urgency, whatever cog we may be in the machinery of society. Supply creates its own demand. Only by consistently supplying it can we hope to increase the demand for the substantive over the superficial — in our individual lives and in the collective dream called culture.

All images via Maria Popova and Brain Pickings.