Hit enter to search or ESC to close
Opportunities

Migration is generally one of the major topics for the RLS and especially for all its African offices, as the Africa department offices operate in countries which are amongst the 10 nations holding the highest number of refugees. The following call is for the creation, production or continuation of 10 short documentaries, this call is open for all African filmmakers. 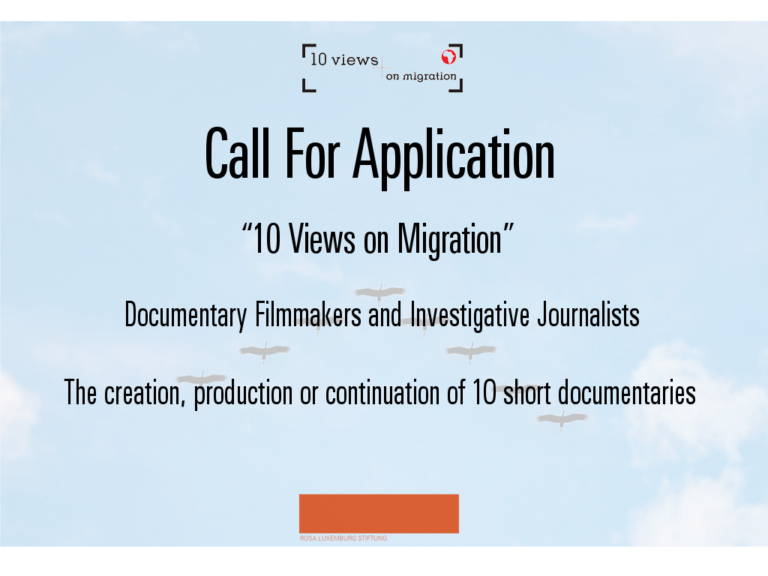 Through “10 Views on Migration” project, RLS African offices aim to create an alternative point of view on migration and refugees, beyond stereotypes. We believe in the power of film, to inform and attract audiences to understand the diverse realities of immigrants’ and refugees’ lives. Artistic documentary films on migration-related issues can initiate interesting debates on this important issue. The produced films will be utilized as tools to stir debates in Africa and Europe.
We would like to receive film projects that address any of the following topics: How do the migrants (economic migrants, refugees, internally displaced) live in different countries in Africa? What type of peril and prejudice do they face in their journey to and in host African countries? Do they face racism?

How are African migrants received in other African countries? Are African political actors engaging with migration or is the question totally ignored? What role are progressive actors playing with regards to the migration question? What shifts to identity take place in the migratory process? How are borders perceived by migrants and refugees?
Focusing on ten stories (films), our goal is to tell the stories of immigration on our continent. This project hence aims to give a “southern narrative” on the migrant and refugee question.
Please send the application as detailed in this link to handous@rosalux.org, before the 30th of November 2017 by midnight GMT.