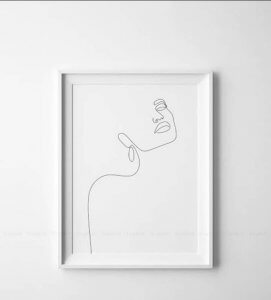 Beautifully polished and pristine looking, perfect makeup on, she’s walking majestically past a lot of onlookers, she hurriedly makes her way through the swinging doors and into the divinely decorated hotel lobby; surely no-one could see past her looks to sense the pain that’s been etched so deep that no medical care could reach, she might be healed of the physical scars but nothing had been done to touch her burning soul.

I hope you realize “she’s a sister, a mother, a friend”

But the world failed to see that she was something more than what they labelled her as they failed to realize that false labelling on its own could kill the value of just about anyone or basically anything.
She had learnt to stay silent and just exist, no complaints, no frowns, just perfect teeth, and a false smile line that’s been pasted on her face over the years so no one would care to look too closely.
We all failed to see that she was more before her “becoming”.

She got to her destination after being ushered by the waiter to where her party was patiently waiting for her so that their play date could begin, no one knew that she had decided to heal herself by giving out her story on a platter. If she could save someone the pain her world had endured, then she was going to be whole. While her friends acknowledged her presence with hugs and kisses, a feeling of content swept over her as she could no longer feel the heaviness of her being, she knew that the transcript she’d dropped off would get the world thinking. Pleasantries aside, she took a deep breath as her playdate begun, it marked the beginning of an era for her. She hoped that things would turn out better for others who came after her, she needed the world to remember this loud and clear “humanity before gender.”

She had been able to survive despite the odds, she had learnt to come into her own and was learning to make do and flourish in spite of all of her shortcomings. She was going to learn to speak her truth, live it and make magic out of it, she had learned to find her footing all by herself, nobody was going to hold her down against her will anymore, she had resorted to claiming the power and she was going to hold on very tight, to the very keys that unlocked every door in her life, no power was going to be given without trust and life was not going to make a mockery of her growth. She was owning this process, she had learned to beat the pessimists inside of her and that was just the first step to carving out a whole new door to finding the strength to beat the pessimists outside her being. She knew it wasn’t going to be easy to waltz into the world as a new woman but she was willing to try, the peace she’d found was too costly to let go of and Fear was never going to hold her back.

She had been tied securely to apron strings, they were supposed to strangle her, but from where she was sitting, the apron strings had gone on to leave painful marks of pleasure. What they called pain she was learning to call growth, she had powered through to be in control of her narrative as best as she could, thereby throwing the world off balance and she definitely will not keep apologizing to a world with shades securely on – its views never really dancing to hers. She has stubbornly changed the song and now enjoys dancing to a tune that feeds her very essence. 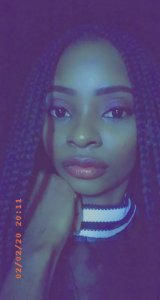 Martina Bassey is a Nigerian writer based in the Federal Capital Terrritory(FCT), Abuja. She is passionate about slums and public schools reform. She loves reflecting on all things feminine.

Science Fiction Will Save Us All & The Careers Of The Future
Stuck in Reverse? How to Stop Looking Back at Past Mistakes
How to Learn a New Language in Only 6 Months | Doaa Gamal
21 African Creative Women: Adaora Lumina Mbelu
How the Pandemic Has Helped Woman-Owned Businesses Grow