I had many thoughts on what to write, and I could’ve sworn I had the right words.
I smile now when I realize how much I’ve grown; but in this part of the world where people weigh growth on a visibility studies, I didn’t let their definition phase me because I choose to recognize my growth in my own way.
Apart from owing this growth to my family, and the many relatives I had around growing up, I also owe it to a woman to which I have never met physically.

Dear Ngozi Chimamanda Adichie,
You give being a black African female a whole new meaning. I still can’t understand how you do it but I’m pretty confident it all didn’t just happen; with that thought, I’m going to wait it out till it happens to me. I used to be afraid of being a female child in all ramifications not because I was limited by self or family but by society, because in contemporary Africa, men don’t like strongly opinionated females, I used to want to be the way everybody wanted me to be, different for me wasn’t an option.
In fact, different was a curse and I was willing to get delivered from it. I struggled with criticisms because it made me feel less liked and appealing. You came and you made me bask in the entirety of my awesomeness, You’ve made writing a whole new adventure for me as I always see myself wanting to put my thoughts to paper, airing my opinions without fear as to who approves or disapproves. Saddened by events, writing gets me smiling even when I have no reason to; I found solace by working my mind. You’ve made me understand that all my experiences are special enough to put out to the world knowing that it might be what someone, somewhere would need to have faith in themselves. I’m way past where I started as a female because I had someone other than my family to lean on; it’s overwhelming to know that a female like yourself has owned her life and her ideas.

You show me that I don’t have to get noticed by what I wear, who I know or where I hang out; but by who I am as a human and most importantly as an African female trying to find her footing in society. I’m no longer afraid of being strong opinionated but carry my pride like a DVF clutch. I now own my personality with no cares as to who loves or hates it, the only feeling I care about is knowing that I love the woman I’m coming into. Standing alone isn’t a problem just like society wants me to feel, after all its better than crawling. You make me understand that being different isn’t a bad thing but that being the same was, and that the number 1 thing is many times greater than a million, all it takes is just a simple leap of faith.

Thank you for being you, with love Martina Imeh Bassey. 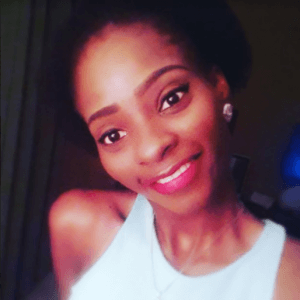 Martina Imeh Bassey is a Lagos based writer, model and volunteer. She is passionate about speaking for Women, Humanity & Slum reformation. Martina loves the art of thoughts being transformed into written words.