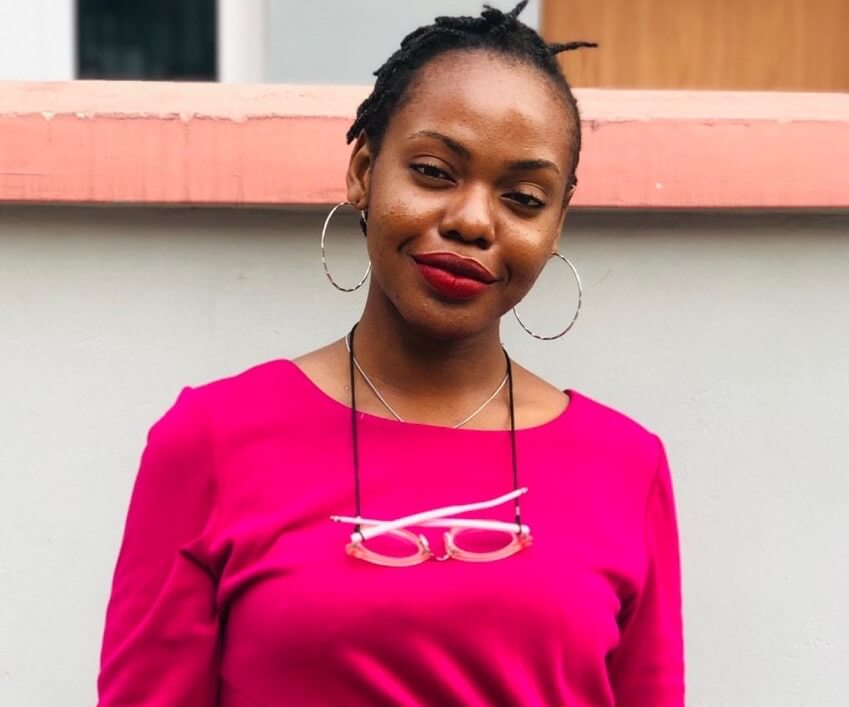 Ope Adedeji low-key feels like she occupies a few similar spaces – being a lawyer, a writer, an editor (in the literary space and then in media). Although, she’s always had some clarity around what she wanted to do: write, become a lawyer (practicing or not.) In 2013, having discovered Chimamanda Adichie, Lola Shoneyin, Buchi Emecheta, etc. — their work and their lives — Ope began exploring writing as a career, knowing it was achievable. She wrote stories, created a blog, applied for and attended workshops, read all kinds of books, volunteered at Aké Festival (for the networking and contributory benefits). She was doing the work, putting out stories and experimenting with genres, irrespective of how bland they may have been and creating a brand for herself, albeit unconsciously.

What drives her to keep going?
“The idea that you can create something that outlives you.”
Ope often thinks of how we still talk about Shakespeare or Virginia Woolf and read or study their work. She wants to have that, even more, she’d love to create many things that will “inspire people or make them feel all kinds of emotions. That’s a powerful thing. Luckily we have women who have done just that, who have set the pace — both living and dead, who keep pushing the limits and that’s enough to keep me going.”

What legacy/ mark does she want her work to leave?
In her work as a writer, Ope Adedeji tries to explore speculative elements – to reimagine the world as we know it and normalize those things which we consider abnormal and which in fact are very normal. Like existing as a queer person and seeing women as human, not appendages (especially of men) — but existing with flaws and strengths, outside of gender norms.
“These are some of the hills I’m willing to die on. It’s important for me to push these stories and narratives out because if we don’t tell our stories, someone else will tell them in a way that is disrespectful and doesn’t reflect reality. And as an editor, it’s really the same, to push out the stories that need to be told. It’s my goal to consistently do this, even while striking a balance — not every story with a social issue has to be an agenda. I’m still learning how to strike this balance, infusing humour and other light themes in my work — like love and other everyday occurrences.”
In the end, she hopes that these (striking that balance and telling a wide range of stories) are some of the many things she is remembered for.

Adeyele Adeniran is a creative writer and director with an undying passion for poetry and storytelling. She is a Nigerian and resides in Lagos where she studies History and Strategic Studies at the University of Lagos. Most of her works are a response or observation to the world we live in.
Find more of her works on Medium – Adeyele Adeniran and also on her Instagram @_adearo.