(Diary of a Female Lagos Driver documents the tales of female drivers in Lagos, their ordeals when commuting, how they are being treated as second-class citizens and how these inhumane treatment has gradually affected their mental well-being. This series aims to draw the attention of the public (read men) to the cries of female drivers. #WeDeserveEqualRightsOnTheRoad)

You know when they say we live in a patriarchal society, I honestly never believe the proponents of this theory because I thought that well, women were championing their spaces and breaking glass ceiling thanks to the #MeTooMovement, #Feminism, #ArewaMeToo #GenderEquality and all the other hashtags used for the liberation and emancipation of women’s rights and freedom. I believed that women were gradually being well represented in every sphere of society.

I started driving in 2017, before then, I usually fantasied about cruising around town behind the wheels and living my best life. The realities hit me when I had my first experience with a man who was on the wrong but demanded I apologize for being on the road. Trust me, I have never seen any sector that marginalizes, stigmatizes and completely underrates women as much as the transportation sector. Female drivers are automatically (especially in an African setting) termed “learners” with no regard as to the number of years they’ve been driving or their experiences as drivers. This misogynistic mentality has obliterated respect for female drivers or regard for their cars. In my country-Nigeria, if a car is not been driven properly, society is quick to say, “na woman dey drive that car”, or there is a minor accident involving both sexes, “na the woman no drive well, na she bash that man”.

Recent studies by Confused.com shows that “women are better drivers than men”, according to the research, men are likely to commit road offenses than women.

(Male chauvinists take over with your arguments)

Welcome to Lagos, I like to call it the “Mad House”. This city is where more women are insulted, abused, violated, bullied daily for being behind the wheels-as though it were a crime to own and drive a car in your state. Statements like [“aunty u no go carry this toy car comot for road?”{Won’t you move your toy car from the road?}, “wetin u dey drive{what are you driving?}, U no go park enter okada”{better to park your car and hail a motorcycle}, “leave road, who your papa think say him be”{Who does your father think he is in this city?}, “U fine like this con dey drive rubbish”{you are this pretty and you are driving rubbish], hits you as soon as you drive out of your gate.

It’s easy to laugh whilst reading this article, but for most women who encounter such daily, it begins to take a toll on their mental health. I learned rage in the first few months of driving, I never knew I had so much anger until Lagos driving exposed me to the “devilish me”, I took anger management classes after but for some ladies, this type of anger stays with them for life!

Cynthia, a 26-year old HR Consultant said; “I enjoy the act of driving, the therapy it gives when life seems uncertain. Unfortunately, as a female driver, you only experience this on a Sunday when the tyrants are indoors. But recently, I have had to deal with anger issues that I didn’t have before driving, I became irate and this affected my relationship. I also had to deal with self-esteem issues, it is easy for society to downplay verbal abuse on the road. To be honest, I used to be one of those people until I started driving”­

To send in your horrid story as a female driver commuting in Lagos, send an email to bodunbuddy@gmail.com 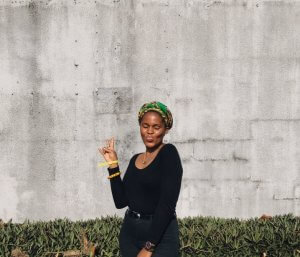 Afolabi Bodunrin is a freelance writer, book lover and travel enthusiast. She is the founder of SistersHive – a community of sisters coming together to empower each other, also the convener of the B.T.S (Breaking The Silence) campaign. Her writings are intended to question the status quo.