How a Girl Becomes a Woman (Poem) | Mercy Harold

This is how a girl becomes a woman.
It always happens the first day your nipple swells and running becomes a chore,
Especially the day blood blinks countlessly between your legs, you will have a conference meeting in a harmonious call with your mother and the spirit’s of your grandmother, great grandmother and the mother of her mothers, all the mothers before her mother,
For the first time, you will be called Woman with words blending with caution in what happens “when the handshake passes the elbow”
They will avoid words like’ breast, nipple, vagina, hymen, sex’
Their caution would be a stranger in your becoming, somehow we may like to call it fear,”the fear of being touched”
When the uncommon dance plays in the playground of growth and Tunde touches you “below your shoulder”, you will scream in accordance with what has been said to you;
That day you will be schooled by another school of thought on what happens when the areola reaches a dark sunset and the blood that blinks refuses to visit,
When the day comes when your heart begins to beat in unmatching rhythms in waves colliding to the name of the man you love,
A time will come of bond quarantine, a moment when the sun stops peeping through leaves in a coy smile, Anxiety will hang in your decision,
“To be touched or left alone”
You will hear the voice of your mother, you will queer, you will debate, battle with the voices that have told you are worthy of pleasure, wrestle with the thoughts of Susan who had a cup full of pleasure and suffered from the hurtful hiccups of glares of single motherhood, your mind will snap to the pain that comes with removing a fetus down your tighs
But
The choice you make doesn’t diminish your value in the market of worth,
You are more than the broken or unbroken piece of flesh in the depth of your thighs. 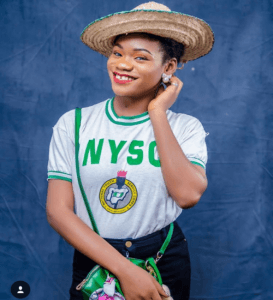 Mercy Edmund Harold is a writer and poet, a “WOMANIST”, also known as the “pen mistress”, studied mass communication at NTA Television College Jos. In 2017 she began an online sequel called Tales of a black woman, it involves writing about issues affecting women.