In the last week of February 2020, history was made. Scotland became the first country to make menstrual hygiene products free for all women in their country. This has been one of the most debated issues on the women’s liberation movement as menstruation was not seen as a natural process that needed a practical solution but treated like an inconvenience that made menstrual hygiene products expensive and categorized as a cosmetic product. This has made it too expensive for most women and girls to afford them and the fact that they need to use monthly for something their bodies do naturally.

Kenya also made into law free sanitary pads for school girls but yet to be implemented, however still a step in the right direction.

This is just one of the few things the women liberation movement has been fighting for over the decades. A lot of people think it is about bashing men and trying to take over from them. That’s far from it. Granted there are some extremists but it is still very much needed movement.

I wanted to focus on highlighting some of the strides we’ve made as women because of this movement.

It’s easy to forget that there was a time women:

Some of these are true even today in a lot of regions in the world. Some deeply rooted in cultural practices.

Despite all that, there has been great progress over the years

There are various women and men who fought for women’s liberation even before the movement began in the 1960s.

Women who fought for political and social reforms and some were tied to basic human rights, especially in countries like the US where it was closely linked to the history of slavery.

There are many remarkable women in history who fought for these rights. I found an awesome list in Wikipedia that you can review.

Here are some of my favorite ones

Some from the past

Some present-day women’s rights activists that I admire include

One thing I have taken for granted in my life is that there are struggles I will never know because of the women who went before me.

When I watch old movies and series or based on times before the women’s movement, I often get shocked by how women were treated. Some of the ones [based before movement] that really stood out for me were Hidden Figures, Mad Men, The Astronauts Wives Club, Little Women, Harriet, Coco Channel and many more and then there are some modern-day inspiring ones such as Queen of Katwe, Frida, Black Panther. Wonder Woman, Captain Marvel, Winnie Mandela, and many others.

I come from a family that was very supportive to have stood for the equal education of both boys and girls in the home. My grandfather believed that all his children deserved an opportunity to learn in school which was not a common practice at the time. In those days most homes preferred to take their boys to school and the girls remained to do house chores.

Because of my grandfather’s decision we have many accomplished women in the family who have held various prestigious positions in society. Being an empowered woman is second nature to us. Having grown up in such a family I know I can do anything I set my mind to and I have all the support I need because of what my grandfather did. Something that was extraordinary for that time.

As we seek to get more rights for women it is clear that we still need men to reach and accomplish the goals we set for a better future for us all. Even as history has proven time and again we accomplish much more if we work together. 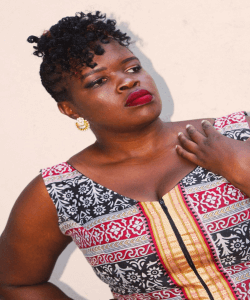 Some Of The Most Interesting Professions You Can Pursue After Studying Art History
The Role Of Anger In Our Creative Work & Journey
The Other Box is Increasing Diversity in the Creative Industries
Health & Beauty Trends in the Fashion World | Brigitte Evans
On Depression, Mental Health and the Society | Annette Kariuki