Hit enter to search or ESC to close
GeneralWomen's Rights

International Women’s Day is celebrated on the 8th of March every year in different countries around the world. It is a focal point in the movement for women’s rights. Women across all walks of life deserve to be celebrated.

On the other hand, if we look at the historical stories of successful women, we will find various names of some of them who helped to elevate women’s roles in the society. Some are:

Susan was an American Social Reformer and Women’s rights Activist. She played a pivotal role in the women’s suffrage movement. She collected anti-slavery petitions at the age of 17. In 1856, she became the New York state Agent for the American Anti-Slavery Society).

Helen was an American Author, Political Activist, and Lecturer. She was a deaf-blind person and faced a lot of obstacles in her life. Her story was made into a movie to motivate others who lost their way.

Amelia was the first female aviator in this world to fly across the Atlantic Ocean. Also, after ending almost all of her journeys around the world, she started to write a lot of different books about her traveling experiences. This woman inspired a lot of other women and men who intended to fly across the world.

Margaret Fuller was an American journalist, Editor, Critic, and women’s rights Advocate associated with the American transcendentalism movement.  She also worked as a book editor in the field of Journalism.

She was a deaf woman. She was known as an American astronomer and had amazing achievements in this field. Her experiences were instrumental in the development of contemporary stellar classification.

She was chosen as a member of the National Women Party to present the women equal rights amendment.

All these different stories of amazing women prove that women deserve to be treated with importance and given access to opportunities. The stories prove that women can achieve their success stories and be agents of positive change in the world. 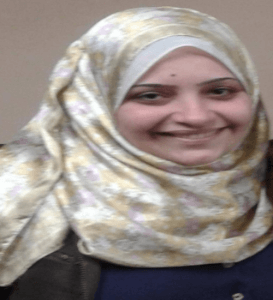 Doaa Gamal is passionate about writing and helping others. She believes that through writing, one can deliver different messages that can influence the world around us. She works to help others set up their goals and discover their potential. She is also a life enthusiast and blogger always looking at the bright side of life. She is interested in sustainable development, education and helping others through volunteer work.
She looks forward to being an added value to (For Creative Girls) by helping in raising awareness of its work around the world!