Clapbacks rule! And they are fantastic if they serve a great purpose of changing the perspective on a subject matter. This is probably what the Creative Agency, Mono thought about, and then decided to pull together vile, backward comments about Women and how Women should live their lives, into the sassiest thing ever, showing how terrible these comments are.
To commemorate Women’s Equality Day, which celebrates the day when women were first granted the right to vote, mono started this ‘Equal Every Day’ series, retiring these hateful comments in the most thoughtful, clever and beautiful ways.
For example, a distasteful comment about Wonder Woman was – “She’s a superhero so shouldn’t her jugs be way bigger???”—Andrew Bridgman, Dorkly

“Being a female in film I know the struggles women face in this male-dominated industry… A recent example of this is the film Wonder Woman,”  Elena Lyon says. “A strong, independent woman, kicking ass, seemed to disturb some of the male reviewers. A few of them even wrote about her lack of certain physical features. My piece is a GIF of ‘Wonder Woman’ smashing through a negative review about her appearance from the film.

Horrid comment:
Just asking? Will the women’s protest be over in time for them to cook dinner? – John Carman, New Jersey GOP official. 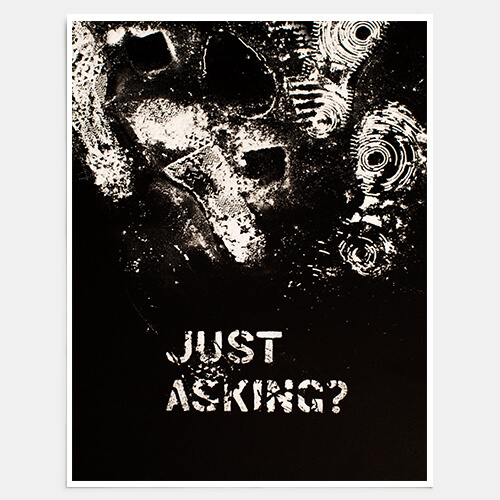 Artist Statement:
2.9 million people participated in the women’s march. They marched for so many reasons, among them equality. After the march, a Republican official from New Jersey named John Carman posted this question in a meme to Facebook, mocking and belittling the hard work that was put into the march and undercutting the reasons for it.
I wanted to take his quote and destroy it. I used the “Just asking?” part because sometimes sexism is positioned as being innocuous. It tries to blend in as normal discourse, as an innocent question or even a compliment. “Just asking” is not meant genuinely. It is obviously intended to troll a group of women that John Carman has no respect for.
Comments like these are meant to keep women “in their place” and to make them feel lesser. I used flour as the medium to connect with cooking, and then destroyed the idea that we are only meant to make dinner. By having women’s shoes walk on top of the words, I slowly destroyed them and took our power back.

Despicable Comment:
“Name something invented by a woman! Achievements by the second rate gender pale in comparison to virtually everything great in human history was accomplished by men, not women.” – Richard A. Ameduri, retired lawyer 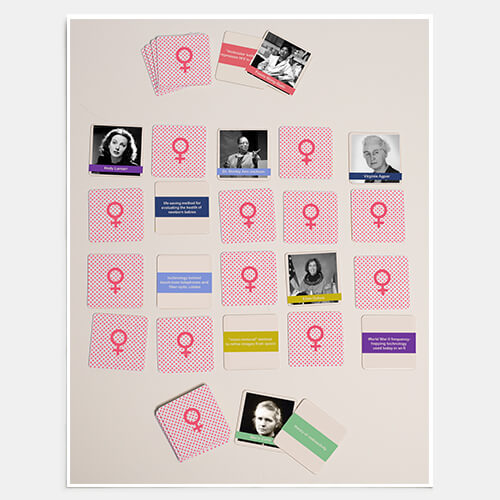 Artist Statement:
An ugly, ignorant declaration like this is just begging to be turned into something beautiful and educational. There are countless monumental inventions that wouldn’t exist without brilliant women of science. I wanted to make a classic memory game with a graphic visual style to teach game players about accomplished women inventors of our past and present through play. My design collaborators created a modern design that also highlights the history-making impact of these amazing women via a vintage board game color palette and black and white photography.
Meagan Kato with designers Hanna Peterson and Libby Nelson.

Embarrassingly disgraceful comment: “Women must earn less than men because they are weaker, smaller, less intelligent, they must earn less, that is all.” – Janusz Korwin-Mikke. 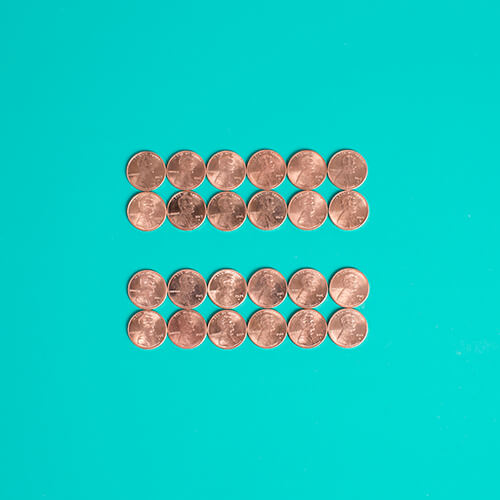 Artist Statement:
The idea that women should make less than men is an antiquated idea that unfortunately is still relevant in 2017. Therefore, my artwork depicts an equal sign composed of 24 pennies, representing the disparity in equal pay.

Meet The Women Shortlisted For The 2017 Commonwealth Short Story Prize
Areeba Siddique's Art Is For People Who Dare To Be Different
Kenyan Visual Artist, Jebet Naava Is The Gif Creator Your African Soul Has Been Yearning For
Indian Illustrator Depicts The Nuances Of Living With Curls & Curly Hair
Celebrating 50 Rebel Women by Vix Harris