Data as a Medium for Art Expression: A Focus on Mimi Onuoha

“There’s a falseness about the division between the ability for science and the ability for art. We’re born capable of doing both, and then we slowly unlearn—a gradual loss of curiosity. And we don’t have to give that up.”

Cosmologist and writer, Janna Levin, in a recent discussion at the World Science Festival challenged the general populace’s capacity for polarities and over-conscious boxes. She, along with other discussants, spoke about the link between Science and Storytelling, which resonated with us and our love for the Humanities.

For a long time data has been seen as being purely scientific. From studying patterns, algorithms and pieces of information, to pulling out wonders from data bases, data held its office in the Science department. But as Janna posited, the world is a large place with a lot of linkages, different yet cohesive patterns and creative expressions that hitherto had no classification.
This new space of cross-pollination is where Mimi Onuoha sits.

Mimi Onuoha is a Brooklyn-based artist and researcher; focused on code, data, and people. She is currently a Data & Society Research Institute Fellow and an Adjunct Faculty for ITP (Interactive Communication) at NYU. We stumbled upon her work one day when we decided to look for Art-Data creative work and she is an absolute amazement!

These are some of her Creative Projects.

Here to Home (2014)
Here to Home is an ongoing investigation into the ways that people conceptualize space. Complete strangers on the streets of London are approached and given a simple task: draw a map that illustrates the distance from wherever they are to wherever it is they call home. The results are an ever-growing collection of maps, drawn by people in London, of their personal visualizations of the spaces they’re in and the spaces they return to. 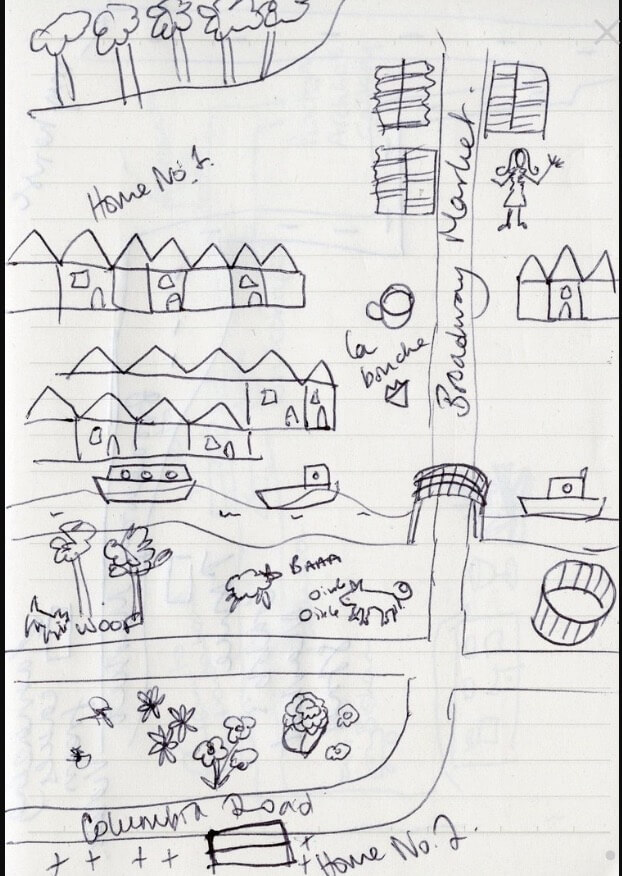 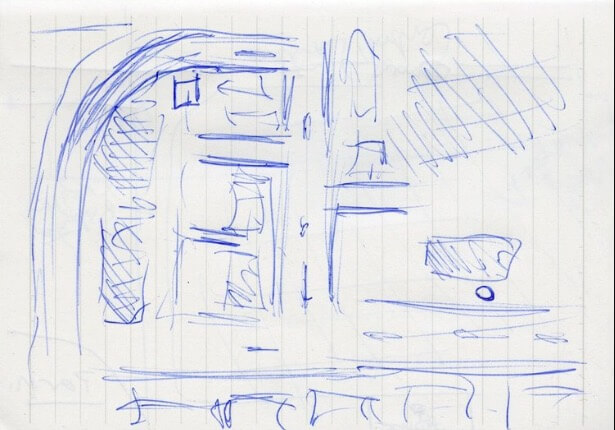 Search Term Poetry (@keyword_poetry)
Search Term Poetry (@keyword_poetry) is a Twitter bot that strings together random keywords from the search history of Mimi and two of her friends, intermittently posting these strings to Twitter. Intended to be a private experience in the public sphere of Twitter, the outputs are cloudy and absurd windows into one another’s lives. They are ways for us to imagine one another’s everyday going-ons through the lens of the keywords that we’ve been typing. 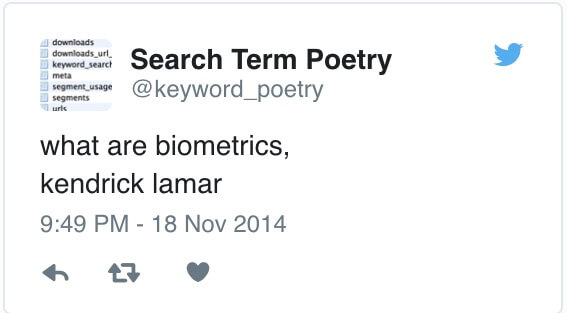 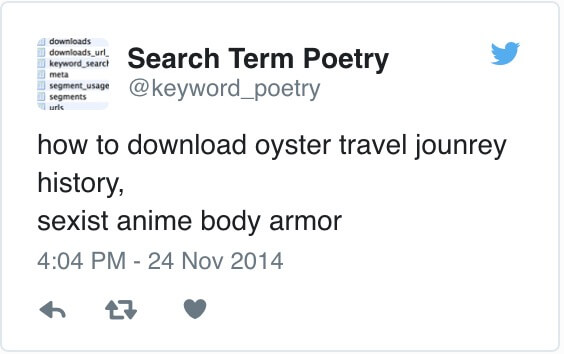 The Hidden Woman Series
Inspired by the desires to bring attention to Nigerian art and to combine text and image in an elegant manner, The Hidden Woman series consists of three text mosaic images based off of the work of Nigerian artist David Osagie. The pixels of the original images are saved and replaced with the phrase “O te aka o di njo, emesie o ga-adi nma.” In Igbo, one of the prominent languages spoken in Nigeria, this phrase means, “Things will get better in time.” Though each of the images says this phrase, variations in spacing between the pixel overlays result in dramatic visual differences.

The Hidden Woman is built with Processing. 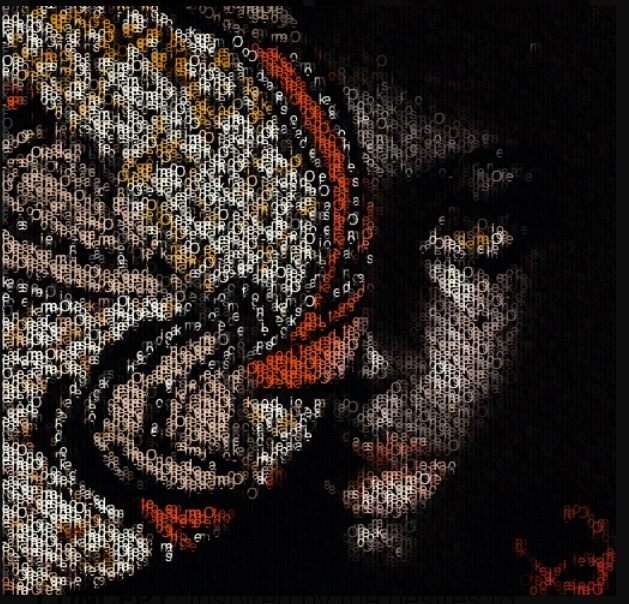 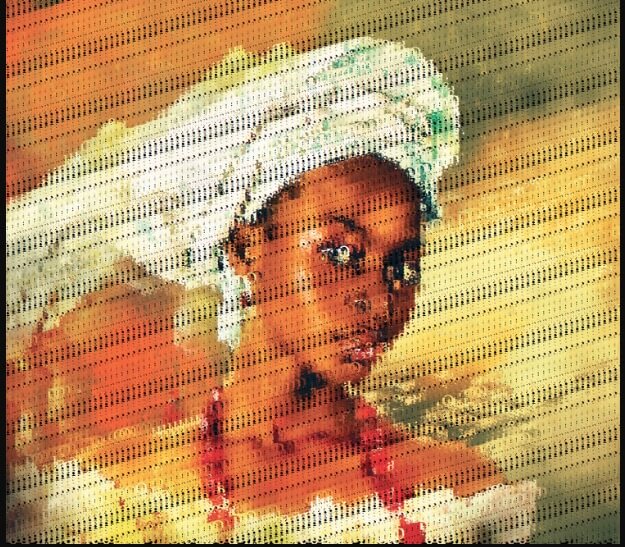 Pyramids (2014)
Pyramids is an interactive sound experience where users are encouraged to explore the use of sound as a tool for connection. The piece consists of three pyramids that, in conjunction with an iOS app, control the sound played in the room. When apart from one another, the pyramids trigger a jarring series of loud alarms; when attached correctly, they prompt a soothing sound. The pyramids contain magnets within them, but it is the job of the user to learn this pattern and to assemble the pyramids in the correct permutation. 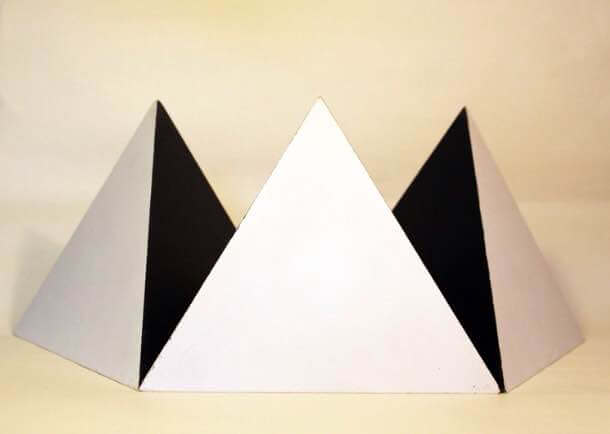 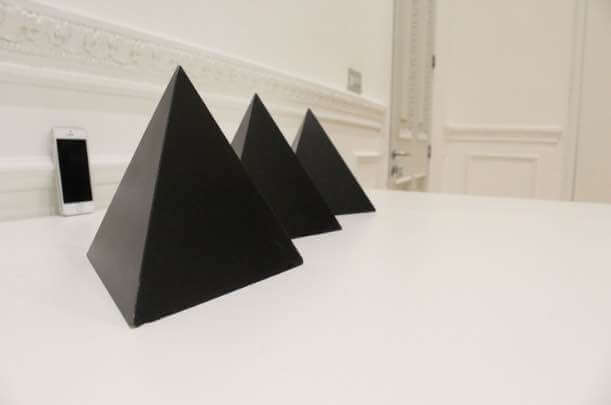 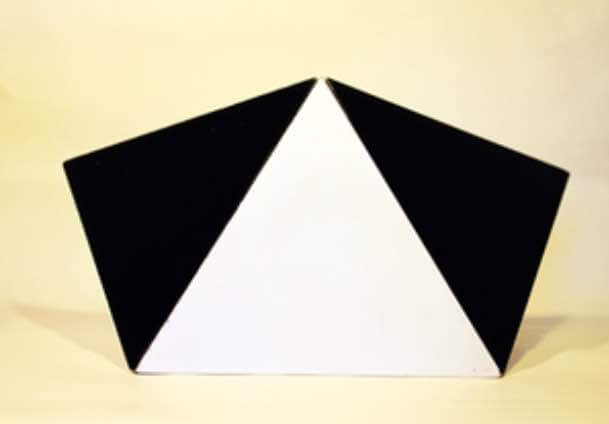 To see more projects by Mimi, visit her website MimiOnuoha.com