The #ENDSARS hashtag began going around the internet in 2017. The spread of the movement is as a result of the unjudicial killings, assault and arrest of Nigerian citizens. The commonly known Nigerian police unit SARS(Special Anti-Robbery Squad) was formed to respond to robbery, kidnapping, and crimes associated with firearms. 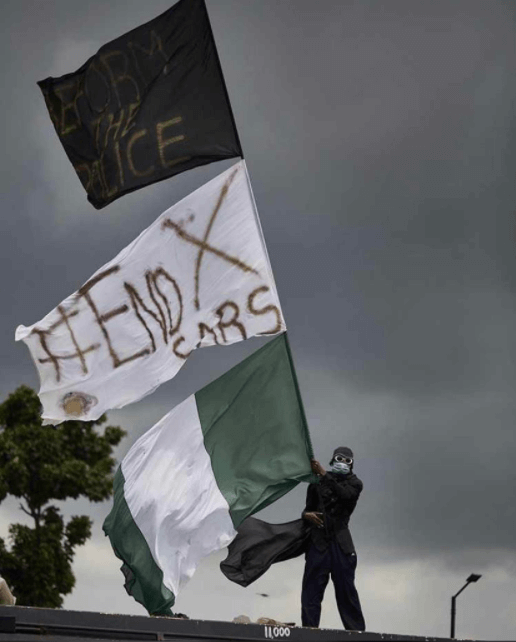 Instead, they have evolved into the criminals they are meant to protect the people from. SARS illegally stops young people then searches them under the suspicion that they might be yahoo yahoo(fraudsters), ritualists, or whatever absurd accusation they can find to detain and harass the youth unlawfully. This frequent stop and search soon graduated to the profiling of young men who have their hair in dreads or have tattoos, dress decently, own an iPhone, or drive cars. They would stop them then go through their phones to find something incriminating such as bank transfers or international transactions. This harassment, however, doesn’t stop at just men, they are known for profiling young women as ashawos(prostitutes) or accusing them of being the girlfriend of a fraudster. If arrested, they physically assault the woman and, in several reported cases, rape.

Over the years, their operation has escalated into a more pronounced form of violence, making it seem like the SARS unit is an independent entity. By way of threat and use of power, these officers have killed, harmed, robbed, and raped innocent civilians, these are people who work hard to earn their living and try to give themselves a better life despite the regressive economic situation of Nigeria. Imagine living in a country where things are destined to be hard no matter what, then there’s an additional virus in the form of SARS prowling the roads ready to pounce an unknowing person.

My Uber driver today told me how he wanted to join the protest because SARS killed his younger brother, 3 days after he turned 18 in 2006.

This encounter would never leave my mind. Yes, it is personal! #SARSMUSTEND

They harassed my friends sister on her way to work this morning and she’s still startled!! Asking why she was wearing jeans to work if she actually works in a bank, after seizing her car papers and she had to give them money!! #SARSMUSTEND GOD PUNISH YOU PEOPLE O.

The birth of the current nationwide protest under the movement of #ENDSARS, a recurring hashtag on the Nigerian internet appealing to the government for over three years to curb the rogue police unit, witnessed a come back on October 8, 2020, after a young man was shot in Ughelli, Delta State by SARS officials. He died while the officials fled the scene, taking along the victim’s vehicle. The video caused widespread outrage, then an outcry for justice. Similar videos soon surfaced on the internet, including several tweets from thousands of people narrating their ordeal with the notorious SARS officials. Many attested that they would prefer to encounter robbers than SARS, which indeed says a lot.

On 1 October 2008, police officers of the Lagos State Rapid Response Squad shot Modebayo Awosika in the head and then set his car on fire. An autopsy showed that he had died of a gunshot. The police claimed that Modebayo Awosika’s car hit the police patrol vehicle; #SARAMUSTEND pic.twitter.com/bLCc8rqy7c

"SARS killed one of my boy"
Old man lamented as he joined the #SARSMUSTEND protest in Ikorodu.#IkoroduProtest pic.twitter.com/LH5NzPMEXb

On October 8, 2020, small protests were held in Lagos, Owerri, etc. These protests laid the foundation for the current nationwide protests organized throughout the country by the Nigerian youth. The protest has grown to be one voice of the people saying no to police brutality, end SARS, reform the police, and give us better governance.

Although the protest has been peaceful, the police have responded with violence. Recorded killings and violence happened in Ogbomosho, Abuja, Surulere, Alausa, Warri, etc. Some protesters were arrested unlawfully then beaten up while in police custody, this took place in Surulere, Ogbomosho, Delta, Abuja, etc. In Abuja, protesters were sprayed with hot water, the news crew was battered by law enforcement, and cameras were seized from both press and civilians.

They have started shooting in Lagos Island!!!!!#SARSMUSTEND
RT!

The Role of Feminism in #ENDSARS

These protests throughout the country is linked to the Feminist Coalition, founded in July 2020 by prominent women such as Feyikemi Abudu, Damilola Odufuwa, Ayodeji Osowobi, Odun Eweniyi, Tife Soloye, Kiki Mordi, Moe Odele, Ozzy Etomi, Uloma Nwoke, and others. This coalition has the number one aim to sustain the protest, and they haven’t faltered with their goal. They are responsible for funding over 100 protests throughout Nigeria through crowdfunding while providing resources for protesters such as healthcare, food, legal aid, etc. The group has been able to gain international recognition, especially after its endorsement from the CEO of Twitter, Jack Dorsey, which has led to global funding and support. The coalition has helped in the welfare of protesters throughout Nigeria. 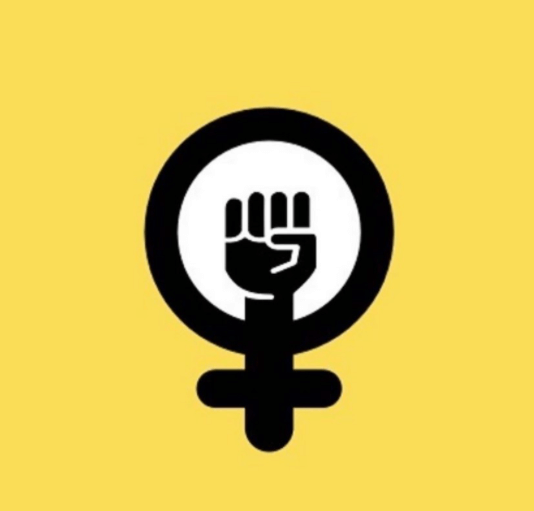 On Oct 14th we donated N1,216,080 to 11 protests, the hospital bills of 3 protesters, a donation to the family of a deceased protester, and other supplies*.

One of the prominent figures in the ongoing protests is Feyikemi Abudu, her role hasn’t gone unnoticed, carving her as a national hero to the Nigerian people after freeing over 20 protesters in Ogbomosho, not stopping there she has continued to help free detained protesters. On October 12, 2020, five protesters were unlawfully held at the Area C police station in Surulere, the unlawful arrest of the protesters caused an uproar as the public called for their freedom.  FK Abudu, along with Moe Adele helped to free all three protesters before midnight.

1. Release of 13 people arrested in Ekpoma & taken to Benin.

3. Release of Ojahbee who was arrested in Surulere and taken to Panti.

Not bad. Thank you to everyone who worked at this

Female figures such as Aisha Yesufu, an activist who has helped amplify the voices of every Nigerian youth with her braveness and brevity, Tacha Akide, a reality star, and entrepreneur organized a protest in Port Harcourt after participating in Lagos, Oduala Olorunrinu, organizer of the three-day protest held at the government house in Alausa. Several other women who have used their platforms to amplify the #ENDSARS movement and participated in the protest home and abroad include Genevieve Nnaji, Fakhuus Hashim, Ndali Ozegbe, Toke Makinwa, Oby Ezekwesili, Rita Dominic, Ireti Doyle, Tiwa Savage, and several others

next time you want to fight that [Nigerian] women belong in the kitchen, remember October 2020.

feminist coalition is proof that we need a feminist government

This woman mobilised and got almost 20 people out of jail today. Omo I don’t even know where to start from❤️❤️❤️

A week ago, no Nigerian would have imagined something like this happening. Not with a generation that has been termed “Indomie generation” and the common one “Lazy Nigerian Youth,” well, these Nigerian youths are anything but lazy. Thanks to all the Twitter fingers that have come together to be one loud voice demanding #ENDSARS.

How can you help?

Protest online by using the hashtags

JOIN PROTESTS HAPPENING NEAR YOU

Spotify's Sound Up Bootcamp an Intensive Program for Aspiring Female Podcasters of Color.
Money Making Stories & Lessons For Creatives: Food Blogger & Crafter, Rafiat Shittu
Making Your Office More Creative
Tips for Girls on How to Build a Successful Career on Their Creative Spark
Why Creativity is the Key to Success in Streaming Content