It is fascinating, yet unsurprising when we witness the culmination of Art and Science in a human-made work/creation. You see, we are firm believers in the indistinction between the fields of science and art. Every day is a sure sign that these two fields meld into each other to produce the joy of living, of pushing the world forward and achieving dreams, & possibilities faster.
The human mind that is either capable of swinging between these fields effortlessly, or the mind that doesn’t even see the gap that has been stereotyped into the average heart, is a blessed one. Stereotypes are funny, heart desecrating psychological patterns that often stifles the mind of anyone who receives it into a corner. The fields of Science and Art are often stereotyped when described, often defining the possessor of one as an intrinsic inability to understand the other.
Janet Iwasa and Anne Mondro are two women whose works twirl the art and biology sphere in the most intricate ways imaginable. These women have shown what can be birthed when you live deliberately unaware of parallel lines in fields and career. Their works are great examples of the seamless melding of these two fields. 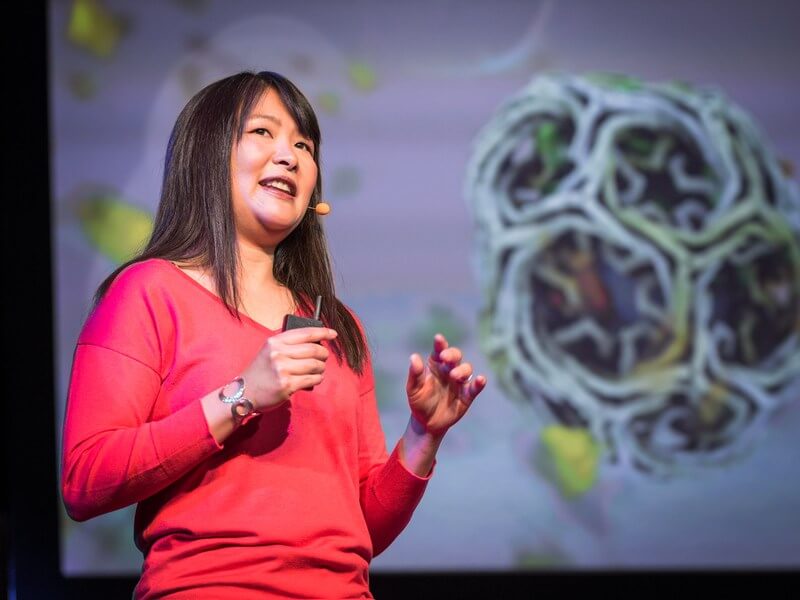 Janet Iwasa is a Biologist and Molecular Animator at the University of Utah and founder of 1 μm Illustration. Her colorful and action-packed 3D animations bring scientific hypotheses to life, showing how we think molecules look, move and interact. As a graduate student at the University of California, San Francisco (UCSF), she first experienced the potential of 3D Animations in Biology when a fellow graduate student in a weekly joint Lab group meeting she was a part of, presented a new animation of the kinesin motorcycle, she became fired up in her inner being and started wondering why everyone wasn’t creating molecular animations, seeing as it was a better mode of visualising cells and molecules, way beyond the best Microscope would be able to. This was the start of her love for Molecular Animations. To her Animations aren’t just useful for communicating an idea, they are also really useful for exploring a hypothesis allowing researchers to crystallize and refine their own ideas.
Janet Iwasa is a Senior TED Fellow. 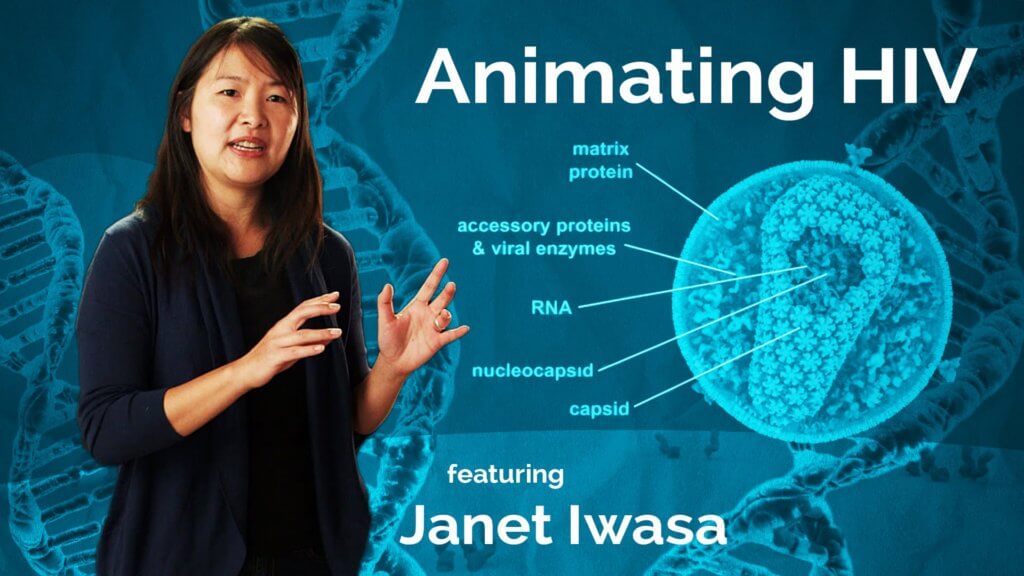 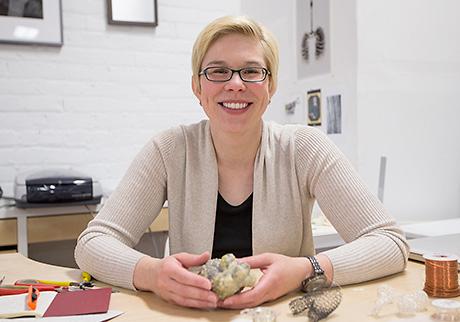 Anne Mondro’s work explores the physical and emotional complexity of the human body. Integrating traditional craft, fine art, and digital technology, she creates images and sculptures that investigate humanity. Since the earliest days of her artistic career, Michigan artist Anne Mondro has been captivated by human anatomy, creating her own interpretations of internal organs and body forms through crocheted sculptures. Working with thin steel and copper wire, she spends hundreds of hours on a single artwork, manifesting her own interpretations of hearts, lungs, limbs, and even entire bodies. She combines her interests in art and healthcare in creating representations of delicate respiratory pathways, the chambers of the human heart, and the large shadows of two figures intertwined.

Anne Mondro received her BFA at College for Creative Studies in Detroit and completed her MFA at Kent State University before moving to Ann Arbor, Michigan, to pursue a career as an artist and professor at the University of Michigan. In her studio practice, Mondro draws inspiration from anatomical imagery and religious artifacts to comment on physical and mental complexities of the body, especially during times of illness and disease. 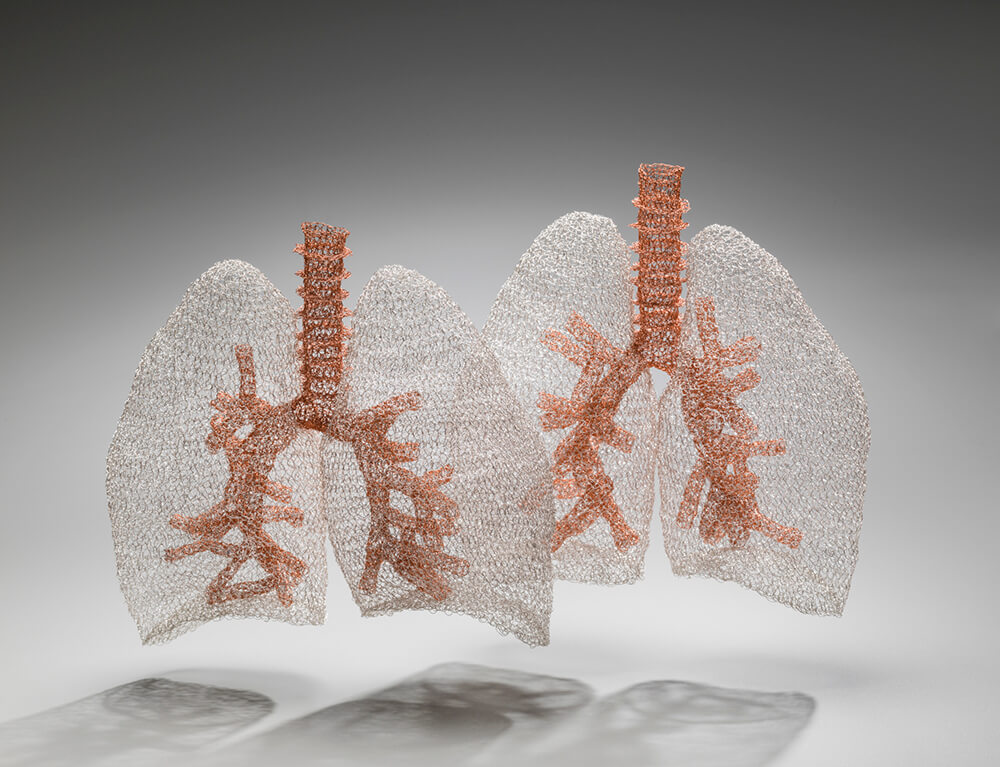 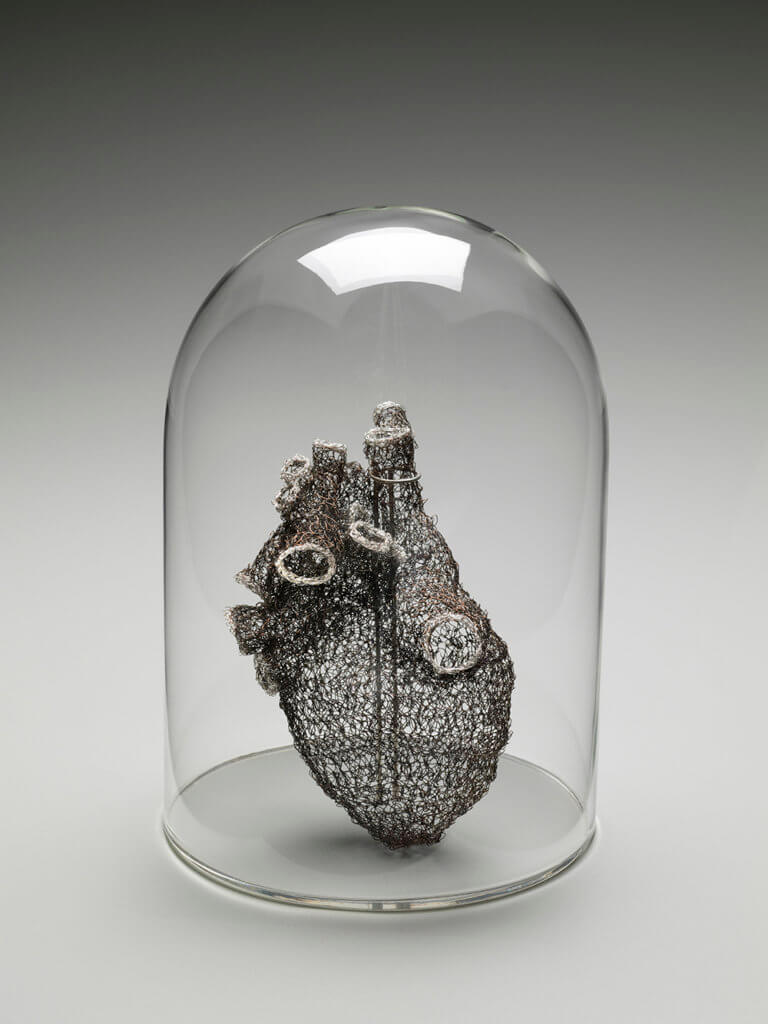 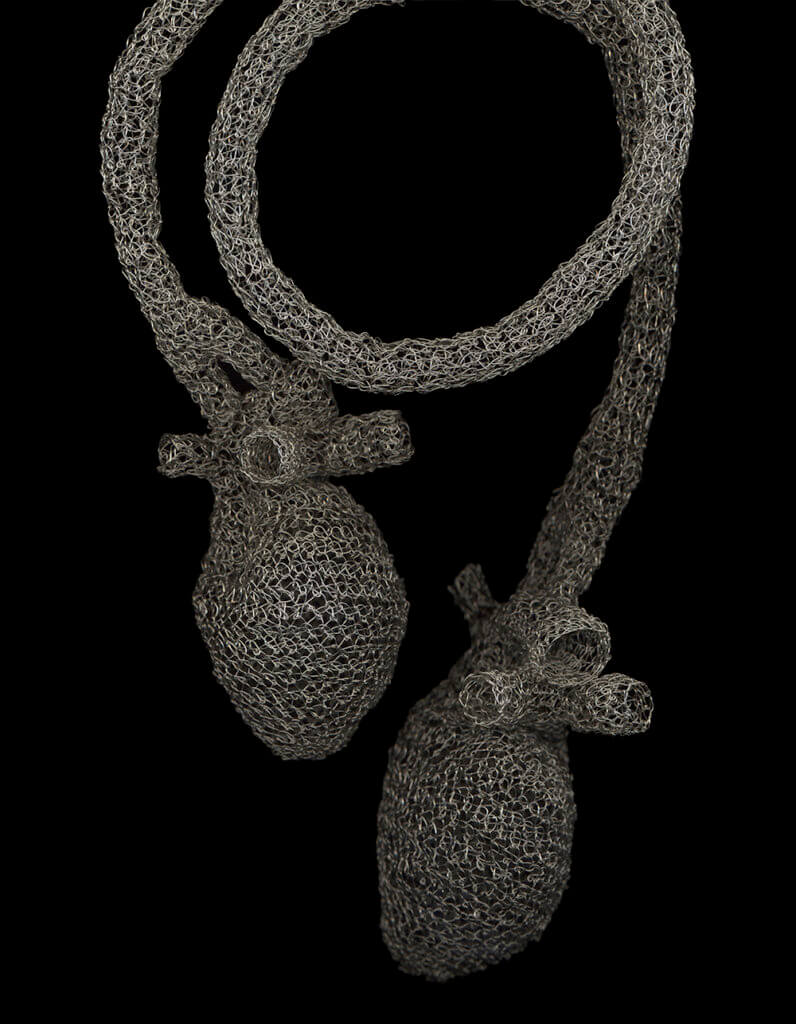 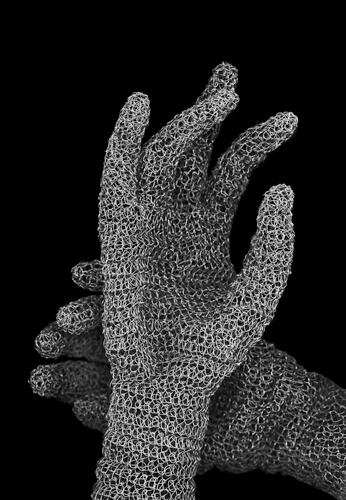 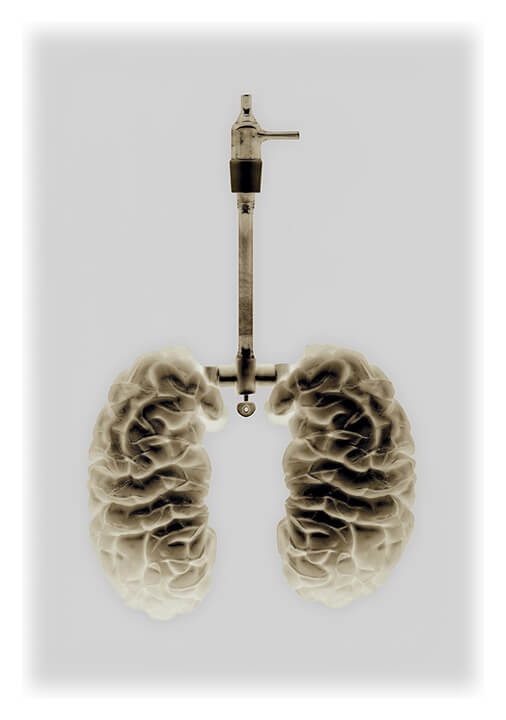 Tosin Oshinowo: Design, Space And Being A Woman In Architecture
In Praise Of Buchi Emecheta
Illustrator, Shannon Wright Turns Black Hair Into Pop Art
12-Year-Old Jasmine Stewart Is A Master Chef
Read The Girlfriend, A Weekly Newsletter for Women Aged 40+