What is it like to wake up in the morning and be your own person? What’s it like to live in your own skin plainly and normally without the world trying to burden you with a narrative of their own choosing? What’s it like just being? What’s it like just being a Muslim woman, living a beautiful daily life with your Muslim Women friends?
You probably already know the answer. You woke up, probably have eaten, taken a bus/train/car and you’re just living in the normalcy of your own life.
This cherished normalcy is what Photographer Lamisa Khan and artists Zeinab Saleh and Sara Gulamali try to capture in the series, Muslim Sisterhood. Reminding us of Hoda Katebi and how she uses her platform Joojoo Azad to challenge mass media representation of Hijab-wearing, Muslim women. 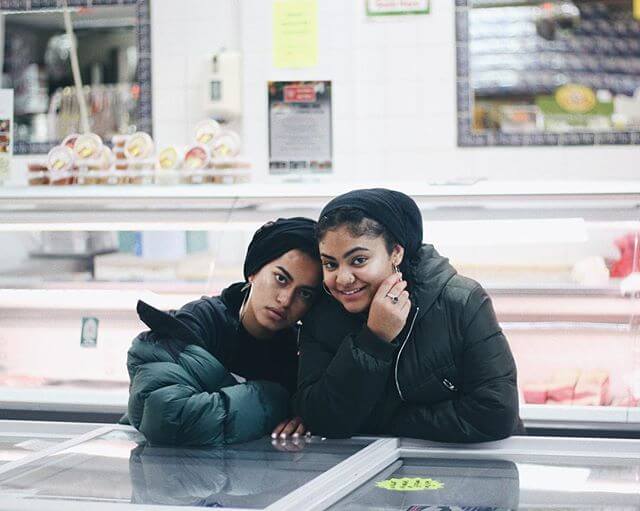